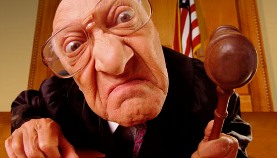 Tags: conflict resolution, courts, eye for an eye, just cause