Freedom lovers the world over pause to remember the greatest liberator of all time, finding courage from the example of one who achieved more in 33 years than empires achieve in centuries.

Born in humble circumstances this likable young man lived in the system of his day, under local tyrants and a global oppressor, but he radicalised the world nonetheless.

He was not a rebel, but a devotee.  Not a protester but architect and master builder. 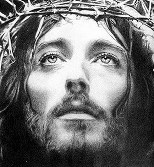 Rather than live to fight evil, he lived that good might prevail, thus breaking evil’s power.

Rather than react to cruel global force, he ushered in a supreme and surpassing kingdom to prevail over all powers ever since.

Rather than employ human energies, he walked in the power of God, to fulfil divine purpose.

Rather than recruit us to react to the wrongs of our day, he enlists us to live with the rights of a new dimension.

In the name of this liberator, cut down in his prime, multiplied millions, in every culture and from every creed, have been set free.  That new freedom is multi-dimensional.

It transforms the inner life, activating a connection with the divine that is truly life changing.

It is also social, transforming families and healing broken relationships.

It triumphs over personal demons, unlocking addictions and slaveries of the will.

And it is cultural, liberating whole communities from superstition, fear, exploitation and shame.

Here’s to the liberated millions!

And here’s to the Greatest Liberator of All Time: Jesus the Christ, the Son of the Living God, Saviour, Lord, King of Kings and Lord of Lords!

We celebrate his birth and we live in the power of his resurrection.

We are now the liberators; led by him who cannot be surpassed and building that kingdom that has no end.