As a dad and as a pastor giving guidance to young people I have written very little for young women.  Following the pattern of King Solomon in his instructions to his son, I am starting out with some cautions.  And much of what I share here comes from the wisdom of Solomon.

For all of us the heart is the “heart of the matter”.  Our actions are less significant in God’s eyes than our motives.  So any guidance to youth is really guidance for their heart.  This is particularly so for young women who can be distracted by externals, such as their own appearance or competing with the beauty of others.

King Solomon instructs us to be very diligent in protecting our heart, because the reactions of our heart become the “issues” we have to live with and deal with in our lives.

“Solomon my son, know the God of your father, and serve him with a perfect heart and with a willing mind: for the LORD searches all hearts, and understands all the imaginations of the thoughts: if you seek him, he will be found of you; but if you forsake him, he will cast you off for ever.”  1Chronicles 28:9 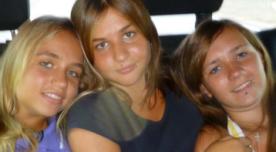 From my counselling experience and from my reading of the Bible I am aware of several issues which women are likely to struggle with.  I want to draw them to your attention with the caution that these areas deserve careful consideration to keep the heart free.

I note, for example, that women are more concerned about security and preparation for the future than their husbands often are.  I note, too, that women want to feel “loved” and yet their husbands can often neglect them without realising it.  I also note that women can fall into contention, argument and having the last word, when they are upset with their husbands.

Then there is the reflection about womanhood that I once heard from Iverna Thompkins.  She observed to a large group of women that men tend to have a pigeonhole for everything – from work, to the kids, to the car, wife, dog, etc.  A man can therefore shut off to his unhappy thoughts or feelings about work (or some other issue) when he faces something that is not in that pigeonhole, such as playing with his children.

Iverna observed that women operate differently.  “For us girls,” she observed, “it’s just ONE BIG HOLE!” What she meant is that if a woman is upset about one thing her feelings spill over to everything else as well.

This leads to the observation that women must pay attention to Solomon’s advice to gain “rule over your own spirit”.

“He that has no rule over his own spirit is like a city that is broken down, and without walls.” Proverbs 25:28

It is often observed that the last chapter in the book of Proverbs provides a description of an ideal woman.  Many women, therefore, take note of that description and try to match the various qualities, such as rising early, running a home business, and so on.

Let me remind you that it is not our actions but our heart that is the heart of the matter.  Despite the many activities described there, the key verse for women is not about wool, flax, food, enterprise or rising early.  The key verse is about the heart.

“Favour is deceitful, and beauty is vain: but a woman that fears the LORD, she shall be praised.”  Proverbs 31:30

The true “Proverbs 31 Woman” is defined by a heart to fear the Lord.

So let me point out how having such a heart makes you a very rare woman indeed.

I believe the two most powerful qualities a young woman can develop, and which will save her from the many traps that womankind falls into, are humility and faith.

Pride is a terrible thing in a woman because it leads her to fight and argue with her husband, which is the very opposite of being submissive and fitting in with his plans.  Let me show you how that works.

A contentious woman is proverbial, both in modern society and in the Bible.  King Solomon made repeated references to how terrible it is to be around a woman who is contentious.

“It is better to dwell in the wilderness, than with a contentious and an angry woman.”  Proverbs 21:19

“… the contentions of a wife are a continual dropping.” Proverbs 19:13b

Putting up with a contentious woman is like Chinese water torture!

So where do contentions come from?  Contention is evidence of Pride!

“Only by pride comes contention: but with the well advised is wisdom.”  Proverbs 13:10

And a fruit of pride is that people look down on others, scorning them, and holding them in contempt.  That’s why getting rid of a “scorner” removes contention.  Scorn is an evidence of pride of heart.

“Cast out the scorner, and contention shall go out; yea, strife and reproach shall cease.”  Proverbs 22:10

One of my lovely daughters-in-law related a few years ago how she attended a ladies group in her church and all the women did was complain about their husbands.  These young wives held their husbands in contempt.  They “scorned” them.  This means they had pride in their own heart about how much better they, as women, were, compared with their husbands.

When a wife lectures her husband, scolds him, belittles him, treats him like a naughty schoolboy, takes control over him and the like, she is in pride and is scorning her husband.

Yet it seems very easy for a woman to do that.  So beware of your heart.

Wives are commanded to submit to and honour their husband.  If you do not rule your heart properly you will probably find contentions coming from you because you scorn your husband.

The Place of Faith

I mentioned the need for both humility and faith.  I have shown that humility is important, to neutralise pride that leads to scorning and contention.  So, what about faith?

Wives are instructed to submit to their husband.  Yet many wives struggle with the lack of care, wisdom and planning they see in their husbands.

Because women are geared toward a need for security, the impulsive, undisciplined actions of her husband can make a woman fearful.  From that place of fear, combined with scorn for her husband’s lack of care for her, a woman can take control of the home and family, so she will feel secure.

This is where “faith” comes in.  Since it is God who commands the woman to submit, she must seek to do so with all her heart.  If she is insecure in the abilities and thoughtfulness of her husband, then she must focus her faith on God, not her husband.

A wife may pray something like this: “Lord, I know You want me to submit to my husband.  But he is so irresponsible and I am afraid for myself and our children.  He wastes money and makes decisions on impulse, despite all the times I try to get him to grow up!  But Lord, I want to worship You by obeying Your instructions.  So I choose to submit to my husband and honour him.  I do this as an act of faith in You.  I give You my fears and my needs.  I ask You to protect me from my husband’s foolishness.”

Such a prayer places the woman’s faith where it is supposed to be; on God, not the husband.

The ideal woman is one who fears the Lord (Proverbs 31:30), and rules her own spirit, having both humility and faith.  So what is a woman like if she does not follow this wisdom?

A woman who does not fear God allows her pride and fear control her, so she then seeks to control the man and children in her life.  This is where we get the idea of the matriarch who rules the family, or the woman who makes her husband a “hormone hostage”.

Manipulation and control are a ready pitfall for a woman who is out of order.  King Solomon has a description of such a woman.

“And I find more bitter than death the woman whose heart is snares and nets, and her hands as bands: the one who pleases God will escape from her; but the sinner will be taken by her.”  Ecclesiastes 7:26

Note that a man will feel like it is better to be dead than to live with such a woman.  That has echoes of the comment about living in the desert rather than putting up with a contentious woman.

I have had to counsel both men and women who struggled with the manipulation and control of a mother or wife.  Such control is more than just emotional, it is devilish, because it is rebellion against the will of God.

Witchcraft in the Home

While a godly woman is a most wonderful thing, a rebellious and contentious woman is a bitter thing.  However the deeper danger is the spiritual curse such a woman can bring in a marriage and home.  So let me add this observation to caution your heart.

A woman driven by fear, pride, scorn, self-will and an out of control heart will be in rebellion against God and he husband.  And “rebellion is as the sin of witchcraft”.

“For rebellion is as the sin of witchcraft, and stubbornness is as iniquity and idolatry.”  1Samuel 15:23a

This is part of the “snares and nets” problem a woman can be in a home.

What is Ruling You?

If a wife gives in to her impulses, fears, pride or reactions, she will be out of control.  She will not be under God’s headship, nor will she be under her husband’s headship.  Instead she will be ruled by her fears and other things that are ungodly.

If she then tries to contend, manipulate, control, argue and the like she is exalting that wrong spirit over the home.  Her husband should not give in to her, otherwise he is saying to Jesus, “You can’t be the head of this home right now, because my wife wants that spirit of anger to rule her and me.”

A wise husband will resist his wife’s manipulation and control, tantrums, outbursts, verbal attacks, contentions or the like, because he wants Jesus to remain as the head of the home, not some out of order attitude or spirit that wants to rule through the wife.

Don’t think that these cautions mean women are terrible or evil.  All men and women have fallen short of God’s glory.  The challenge for each of us is to be holy as our God is holy.  For women that involves some challenges different to men, and vice versa.

It is God’s favour to give you as a godly wife to a man the Lord blesses.

“Whoever finds a wife finds a good thing, and obtains favour of the LORD.”  Proverbs 18:22

Godly women want to be a blessing.  And you are.  You are a gift to your husband.

Note, as a final word of caution, that you are a blessing when you are a “wife”.  A woman who is married to a man but acts as his superior, boss, mother, manipulator, jailer or the like is not his “wife”.  Being married to a man makes you a wife in human terms, but not according to God’s plan.

I call upon each of you to be a godly wife, by living in humility and faith and the fear of God, ruling your own spirit, so you do not give in to fear, pride, scorn, manipulation, control or any other thing that leads to rebellion against God.

And may the Lord bless you as you do.