But social structures can’t be “private”, since they are designed to represent and serve many different private individuals.  So society is “public”.

You then live your private life and you likely interact with the public society around you as well.

If you loan me $10, that is a private arrangement.  The deal is between you and me, privately.

Your family is private.  Your marriage is private.  And your group of friends is private too.  You can enjoy a whole bunch of group activities, with many other private individuals, without being in the “public world”.

All of those interactions are your private business.  You don’t have to report on it or give account for it.  Your family, friends and private arrangements are your own business.

When people group together to create a social entity, such as a government, legal system or business enterprise, that entity is “public”, as part of the “public world”.

So our public world includes our governments, courts, police, corporations, social structures and all things that have to be regulated or reported in the public world.

A driver’s licence and car registration are part of the “public” world.  So too is citizenship, a birth certificate, property title, company incorporation document, death certificate, tax return and public notice.

If it needs to be registered or recorded somewhere in the public system it is part of the public world.

Invasion by the Public

Once bureaucratic systems are set up they tend to self perpetuate and to spread their influence beyond the original boundaries.  This tendency to control and regulate things means the public world tends to invade the private world.

By invading the private world the public world can impose controls over private processes and private individuals that it should not have.

For example, marriage was given to mankind back at the beginning of human history.  It is not something created by societies, but something private individuals have entered into for millennia.

Today, however, we are all expected to register our marriage.  In some countries you even need to have a permit to marry.  The “public” world of government regulation has invaded the private world of marriage relationships and imposed controls over that private process.

At the end of the 1800’s most births, deaths and marriages were recorded by local churches.  Anyone who has searched their family history in England or America knows that they have to go back to church records to get the information they seek.  Yet in the early 1900’s governments took over collection and collation of that information.  Births, deaths and marriages were brought into the “public” world and now the public world exercises increasing control over private individuals.

Without going more deeply into the distinction, suffice it to say that a growing number of people recognise the dangers of being controlled by the public world and are intent on remaining as private individuals.  They want to enjoy their private existence without interference and control by institutions.

To help those who want to tackle the public world and challenge its legitimacy I point out that that the modern public world does not recognise or respect your privacy.  So demanding your privacy may not be the best way to remain private.

A better way may be to challenge the gaping cracks that beset the public world. 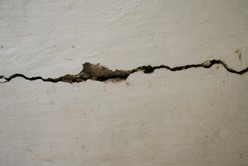 A public world needs several elements to operate successfully.  It must have sufficient authority to be established and maintained, such as a conquering king imposing his authority over the people.

The public world must also have order and process.  There will be delegated authorities who have to perform certain tasks and report to their superiors.  There will be rules and processes that maintain the order of the public world.  Courts need consistent laws.  Records need consistent form.  Delegated authorities need verification of the scope and limits of their jurisdiction.

The Commonwealth of Australia, for example, takes its authority from the will of the people, who voted to adopt a specific set of governing rules, called the Australian Constitution.  The people declared, through their constitution what they would rely on, who they operate under and what processes will manage the public world of the Commonwealth.

However, even with the care taken to create the Australian Constitution, many of the public processes taking place in Australia today are out of order.  There are gaping cracks in the public world.

The ultimate authority for any society is Almighty God, who created all, who sustains life and who will judge the living and the dead at the end of the world.  All other authorities are subordinate to the authority of Almighty God.

Humans, however, have a lust for power.  Those with delegated authority or with the power to grab control that they are not authorised to have, often compromise the authority under which they act.  Many of the cracks in the public world result from failure to establish correct authority to hold office or to impose restrictions on the private world.

Clarifying the authority relied upon by a public official or for a public process often exposes the cracks in the public world.

Authority must work through authorised processes and those processes must be correctly followed according to policy.  However, the weaknesses in human nature mean that people often abuse due process or seek to shortcut the system in some way.  Such actions create cracks in the public world.

Often various related parties conspire to circumvent due process, so they can get more power, more money, or some other gain.  Lawyers and courts may agree to abandon lawful constraints, in order to expedite the outcome they both seek.

Whenever due process is abused, and it often is, the public world develops serious cracks.

This is not a cheap way of cheating the system.  It is an absolute must that you keep the public world to its own limits.  Otherwise it is the system that is cheating.  And the system will be abusing you.