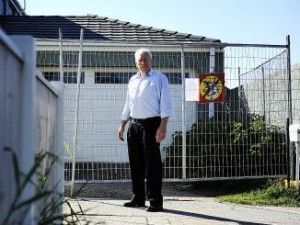 Have you ever heard of a judge, policeman or official overstepping their authority? It’s common enough and it’s the focus of this discussion.

Ultra Vires means “outside the law” and it has to do with the Rule of Law. It also relates to the abuse of official power. I trust that none of you ever have to deal with such matters, but this discussion is for those who want to think about the matter or who may have to deal with it in some way.

I chatted with an elderly man today who I met while on my daily exercise walk. He is of Albanian extraction but was born and raised in Kosovo, back when it was part of Yugoslavia. Since I have been to both Kosovo and Albania we had much to chat about.

He related the various troubles the nation of Yugoslavia endured due to ethnic rivalries. One case prompted me to write this post. He told of a man who convinced a friend to assist him commit a burglary. Both men were caught and brought before the judge. The judge was of the same ethnicity as the first man and he instructed that man to go through a particular door. That door led the man to complete freedom. He was let off “scot-free”. The other man, however, was sentenced to 12 years in prison.

Back in 2004, when I was in Cape Town waiting to travel to Zimbabwe I was shocked to see a newspaper headline declaring complete collapse of the Rule of Law in Zimbabwe. I read the article with keen eyes, concerned about whether I should cancel my travels there. I had visions of rioting and looting in the streets as we saw in the LA race riots.

What had occurred was that Prime Minister Robert Mugabe rejected a decision of the High Court in Zimbabwe. The dramatic headline was targeted at Robert Mugabe, not the ordinary man on the street. When we arrived in Harare we found it perfectly safe and a great place to minister to people.

In the Zimbabwe situation the PM resisted the lawful finding of the courts. He wanted to operate “ultra vires”, outside judicial restraint.

Kenneth Wayne tells of his experience as a young officer in the late 1970’s watching a political lobbyist advise politicians about the Model Traffic Rules which the  lobbyist wanted them to implement. When it was pointed out that the rules violated the American Constitution the lobbyist responded by pointing out that most people will never realise that the rules are unlawful and until someone successfully overturns the rules the government will rake in much more money.

That legislation, which did come into effect some time later, was “ultra vires”. It was outside of the law. The politicians who put it in place ignored the law, knowing that the public would be easily duped and would be powerless to stop them.

Operating outside the law is an appealing option to those in power, those who wish to get their way and those who have personal agendas to push. Whether it is letting someone off lightly or duping others into giving in to your demands, the act of going ultra vires is common enough.

Such terms as nepotism and discrimination reflect the human tendency to use positions of power and influence to cater to their own agendas. In most such cases the person has had to violate the rules and regulations, thus they have gone ultra vires.

In some places the rule of law has been buried long ago. People do not get justice and those who can bribe and push their way forward get all the advantages.

In other places the law appears to be alive and well, but the laws have been adapted and morphed into laws that are outside the lawful constraints put on the Governments or officials.

The surest proof that the true rule of law is alive and well is that everyone is effectively held accountable for their handling of the law. Where people resist calls to account for themselves, then you can be certain they are operating ultra vires and don’t want to be stopped from doing so.