Whether you like it or not you are sending negative signals to your children. And most likely they are Secret Signals – not because others don’t know what you are doing, but because YOU don’t know what signals you are sending out. When I teach on Communication Skills I point out that everyone is “broadcasting” all the time. As parents we are broadcasting signals to our children that we are not aware of. That’s why I call them your “Secret Signals”.

So I’m here to rattle your cage about the Parenting Messages you are sending to your kids. It’s about time you became aware of what you are saying to them, even though you don’t know you are saying it to them!

The ancient adage “Know Thyself” challenges us to move away from self-absorption, to self-awareness. Being aware of ourselves is not the same as being ‘self-conscious’. We can have feelings of self consciousness which make us uncomfortably sensitive to what others might think about us, but still actually be quite unaware of significant things about who and what we are.

To know ourself we need to be attentive, observant and reflective. We need to tune in to our own broadcasts and check what secret signals we are sending to others. We need to get past our self-justification, rationalisation and intention, and see how our messages impact the hearer, despite what we might intend as a sender. 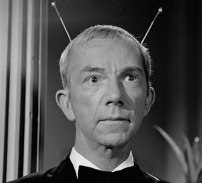 Tune In To The Family

I have heard many accounts of people who failed to tune in to others. They keep insisting that things be perceived their way, without taking the time to understand what others perceive, need or struggle with.

On a camping holiday, many years ago, I led my infant son out of our tent into the darkness, on our way to the shower block. We both had torches and the ground was gutted by recent storms. I told my tiny son, “Shine your torch where you are going.” Within a few steps he fell over and I scolded him for not being careful. Again I told him “Shine your torch where you are going”.

A few paces later the lad stumbled again, crying from hurting himself. I was impatient and exasperated. I scolded him firmly. “I told you to shine your torch where you are going!” With tears he replied, “I did! I was pointing it at the shower block.”

My boy was doing exactly as I instructed, but not as I intended. I had not tuned in to his interpretation, so I had not helped him walk safely. I felt ashamed of myself, especially since I teach Communication Skills and had failed to communicate effectively with my son.

These messages from the parents can often be quite different to what the parents think they are teaching their children. They are secret signals, which may contradict the intended messages sent at other times.

When a parent tells their children to have faith in God, but ignores God except on Sundays, the children learn that religion is a game of pretend.

When a parent insists that money should be spent wisely, but continues to blow cash on impulse purchases, the children learn to be careless in their spending.

Your attitude says much more than you might think. If you are given to anger, grumpy responses, impatience, hasty reactions, or the like, you may be sending unwanted signals to your children.

A serious problem in the home is that our wrong behaviour is learned by our children.

King Solomon warns us to avoid bad company, because we learn to act like those bad examples. We are told to keep clear of those who have an anger problem or we will learn to be angry and that will bring damage to our whole life.

“Make no friendship with an angry man; and with a furious man you shall not go: Lest you learn his ways, and get a snare to your soul.” Proverbs 22:24,25

If you are impatient, grumpy, disparaging, cynical, aggressive, intolerant, touchy, selfish, irresponsible, or any such thing, your children will copy you, to their own hurt. This is most tragic in the situations where the parents are simply not aware of what they are doing and modelling for their children.

Let me reiterate that you need to be aware of what you are broadcasting as an example to your family.

There is a very powerful process which parents set up in their home that impacts their children, for good or bad. I promote this process as a way to powerfully impact your children for good. Sadly, it is mostly used, unconsciously, as a means of teaching children bad behaviour.

I call this process “Normalising” because it makes certain things “normal” for he child.

So, your regular “broadcasts” to your children make whatever you broadcast ‘normal’ to your family.

When my older sons reached adult years they got around to letting me know some of the secret signals I consistently broadcast to them. I was not happy to hear their report.

It seems I consistently told them two things I did not realise. I told them these things by my reactions. My responses to them over the years confirmed to them that one of my strong parenting messages was, “Don’t disturb me!”

Oh dear! That was just so true! Whenever I settled down to anything, I wanted the luxury of being able to give it my attention. Even if I was simply sipping a cup of tea and looking out the window, I wanted to be able to do it with peace and quiet. Sadly I unwittingly told my children they were not always welcome in my personal space.

The other message I did a good job projecting to my family was, “Don’t cost me any money!” If one of the boys damaged something I would be quick to say with exasperation, “Now I have to go and buy a new one!” I was always reluctant to spend unless it was a purchase I took interest in. I unconsciously saw all other purchases as an imposition and inconvenience. I wanted to spend as an act of delight, not as a chore.

What would your children say was your regular Parenting Message to them? Would it be flattering to you?

If your Parenting Message was defined, would it look good as an epitaph on your tombstone? What do you expect your family to be getting as a signal from you? Is that really the signal they are getting? Is there a secret signal you are sending, but have not realised?

Tune in to your own broadcasts. Decode the secret signals you are sending. If they are not what you want then be ready to change.

However, you need a new Program Manager in order to do that. Your own intentions won’t be enough. Romans 8:13 points out that the way to get rid of our bad human stuff is “through the Spirit”, not through human effort.

So, take time today to prayerfully ask God to tune you in, show you the errors of your secret signals, set you free from weaknesses and lead you into God’s highway of holiness. Then the Holy Spirit can become the program manager who implements the new programming you broadcast to your family.