The Ghost Driver carriage returned much sooner than anyone expected.

Maddened drivers raged upon each other and bullied for the reins, but each was powerless to take charge. Stubbornly the wagon made its haltering way toward a modest cottage nestled in a valley. A determined face pushed it on with the force of her own insistence. 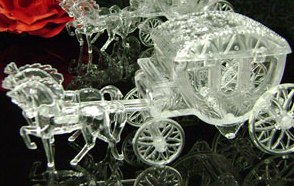 Tears streamed down both faces, but both were frozen in place. The younger woman turned her face away, struggling with internal torments of unbearable potency.

“You have come.” The older woman spoke, to break the spell of their meeting.

“She is dead.” The young woman measured her tears, as remorse, pain and anger fought for ascendancy within her. “She was thrown from the carriage in a wild moment and dashed to pieces under the hooves of these dreadful horses.”

The woman moved quickly from the cottage and embraced the stiffened body of the beautiful young visitor. “I’m so sorry”, she soothed.

“But she is your Mother!” The older woman urged.

“No. I am not free. These wild urges surge in me more powerfully than ever. They have lost their slave and are determined to own me more than they ever owned her.”

“But that’s alright. We can help you get freedom.” The tone was filled with promise.

The visitor stood stiff, struggling with surging internal currents. “I do not want to forgive her. Hating her makes me feel better. And I don’t want to give up my will. I am afraid of being mocked as a servant to others. I like being admired and envied. Part of me wants to taunt others and prove that I am right. If I give up all this, I will face unbearable shame.”

The woman gently led the stunned guest toward the cottage, speaking tenderly as she did. “But you desperately want to be loved, don’t you.”

At this the visitor wept freely. She did desperately want to be loved and valued and cherished and be appreciated for more than her seductive beauty or painted eyes. She wanted the freedom to be as plain as a country servant and yet to be loved none-the-less. Her life as a raging beauty had never brought her such treasures.

Moments later the guest dropped hot tears into the mug of tea in her trembling hands. The warmth of the country kitchen and the sounds of children singing as they were busy with their chores invoked senses which were as intoxicating as they were foreign to her. This reality affirmed a expectation deep within her that such things must exist.

“You can stay with us, if you like. My son will deal with the horses and the carriage. He has done it before, for others. We can guide you and help you cut all the cords that enslave you. You can be as free as a bird and as whole on the inside as you could ever imagine.”

The woman’s motherly care was welcome, but uncertainties stormed against the situation now before the young woman. Could she endure such a change of her whole existence?

Through the window she watched a young man approach the horses, whip in hand. He was cautious, but not afraid. He spoke to them and presented the large whip to their view. They pulled back from him, but he held them from rearing up as they were wont to do. After a long and painstaking process they were led to take steps under the man’s direction. When unseen hands lifted another whip and phantom voices raised a cry of protest, the man simply stared them down until they were silent.

Finally the carriage was drawn into a yard and the horses tethered there. This was not the end of the process, but just the beginning, but a good start had now been made.

The young woman slumped into a chair and wept freely. Hope stepped one pace closer in her chest.

Thus began a long and wonderful season that would lead to a young woman shining with double beauty. She would one day display the beauty of her natural features and the richer beauty of a yielded spirit.

But that day was not to come without many a struggle, within the woman’s heart and between her and those who loved her. They would be tested and drained by the process, but their compassion for her would bring them through.

When the young man entered the room and slipped his woollen cap from his head the young guest nodded to him. He looked upon her differently to the way other men did. And immediately she was stirred. Something inside her demanded that she have alluring power over such males and one of her first struggles began right there.

Romantics speculate at this point that the young man and young woman made a lovely couple in due time. But that is to be distracted. The story is not about romance, but about Freedom. Don’t be distracted by emotional excursions when far more important matters are afoot.

The “Happily Ever After” sentiment of the Fairy Story cheats us of life’s reality. Life is not achieved by a romantic ending to a story, but by godly wisdom applied on a daily basis to challenges which mature us and deepen our grip on God and His grip on us.

So, as you make your own journey from here keep an ear attuned to the cry of Ghost Drivers who have already gained a hold on you or who come along with the promise of gain, so they can drive you at their will. Refuse the “Cumalongnow” call of the tormentors and prepare yourself for the “Come up here” call of the Lord, taking you into His presence.

To read the earlier instalments in this important story of slavery and freedom click the following links: