In an earlier lesson, Logophile on Law, I explained that there are various types and levels of law which impact us. Not all laws are equal, even though we call them all “laws”, and so it is important to understand the various types of laws and which ones apply to us.

This lesson jumps into the subject of Illegal Laws, showing that just because something is called a “law” and someone asserts, “It’s the Law!” does not mean we are bound to obey it. In fact it may be most appropriate for us to challenge that law, as an Illegal Law. 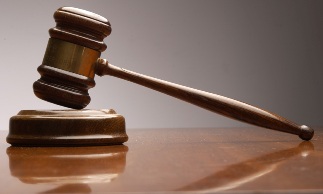 It seems to be a contradiction in terms to say that a law is illegal. Such a contradictory thing is an oxymoron, where the description is too outrageous or inappropriate to be real.

A secretary is not officially allowed to boss their boss. A General is not authorised to use the soldiers under his command to attack the Military Commander. A policeman cannot assume the office of President. Similarly, rules made by a sub-committee cannot overturn the rules of the club which the committee serves. Each is subject to the higher rule.

I contend that the highest law is Divine Law, the laws of God. Since God created us we are all accountable to Him and will be evaluated against His moral order.

In the Australian context, similar to many nations, the human legal basis on which the nation stands is that of Common Law and the Imperial Acts (Laws made by the ruling English monarchs over many centuries). Those laws reflect the application of Biblical Law (the Laws of God as given to us in the Bible).

All statutes (what the Government calls “laws”) created by people in authority in Australia are only possible because of the Constitution, and its foundation in Common Law and Imperial Acts. Those government ‘statutes’ are simply the local rules for functioning within Australia. They are much lower in authority than God’s laws and the principles of Common Law and the Imperial Acts.

We call statutes “laws”, even though they are significantly inferior to God’s moral law, Common Law (which covers murder, injury, theft and deception) and Imperial Acts, which define the legal principles by which people are to be governed.

Statutes are not ‘laws’, strictly speaking, but are treated as if they are laws by those in the society to which they apply. They are “given the force of law”, even though they are not of the same order of laws as moral law (God’s Law, Common Law and Imperial Acts).

If a State or Federal statute (called a ‘law’) is contrary to the Constitution, Common Law or the Imperial Acts, then the statute is invalid. No statute can contradict the authority on which it relies.

As soon as such a leader acts unlawfully he disqualifies himself from holding the authority lawfully entrusted to him. You cannot violate the law on which you stand without violating your right to stand.

A statute from a Government, State or official department within a country can only restrict freedoms. No government has the right to give you freedom to break the law. Governments cannot lawfully make murder, rape, theft or deception legal. They are not able to lawfully declare an illegal action to be legal. So statutes never increase a person’s freedoms. They can only take some right or freedom away – supposedly “for the greater good”.

Our real laws come from God and have been distilled into the Common Law and sealed by Imperial Acts. That is where are true legal position is found (at least in former British Commonwealth nations). Statute laws cannot overturn those primary laws. All statutes can do is further restrict human freedom by regulating what people can do and how and when they can do it within the national setting to which they apply.

Governments and their officials may find themselves frustrated by the limitations they are under, and choose to go outside the law or their lawful authority (ultra virez) in order to have their way. If they want more money, for example, they may impose taxes or fees which are outside their legal authority to impose.

If getting the citizens to fit in with the government’s agenda proves too difficult for the government it may be tempted to pass a “statute” which demands that people do what they want.

In such situations it is possible for governments to act outside their legal rights and responsibilities. Governments may pass statute laws or make demands of their citizens which contradict the freedoms given to those citizens in Common Law, Imperial Acts or in their Constitution.

Governments have had to repeal (revoke) laws they created but which proved to be illegal. Governments have had to pay compensation to various citizens or entities which were wrongfully treated by the rules, decisions, statutes and actions of the government. This is not a mythical phenomenon, but a reality of human fallibility, ignorance or opportunism.

There is much discussion about the fact that the tax laws in the USA are outside the law. It is claimed that it has been proven in court that there is no law upholding the American taxation regime. Yet the tax office operates with vigour and successfully pursues and penalises American citizens.

Some would argue that the USA Tax Laws are illegal laws, denying American citizens their rights and freedoms. I can’t speak to that subject, but there is an abundance of discussion available for those to whom it may relate.

One of the privileges which Australian citizens enjoy is protection through the historical Imperial Acts of English monarchs. One of those Imperial decrees gives every citizen the right to a trial by a jury of 12 of their peers before they can be determined to be “guilty” and before any penalty can be imposed on them.

Every “on-the-spot fine” and every charge made on a citizen before there has been a legal conviction before a jury in a duly convened court of law is contrary to the legal rights of Australian citizens. Yet most Australians pay those fines, or go to court to fight and only end up with a greater penalty than they started with.

Ignorance is Not Bliss

Ignorance of the law means many people are denied their rightful rights (silly to have to say it like that). Because most citizens are ignorant and are happy to stay that way, they have been duped by populist ideas.

They believe that the more modern laws have superseded the old ones and that society is evolving all the time. They think that something from 100 years ago is really ancient and has lost its significance. They think that the ruling of a magistrate or the interpretation given by a current legal adviser is the final word in legal reality for them. They think that a new law completely eradicates the previous legal reality.

Get Your Own Education

This lesson is a wake-up call. But if you are determined to stay asleep and to live under the control of laws that may not be laws and “laws” that are “illegal”, then I can only wish you well.

My job is to rattle your cage and shout “Wake Up!”

Now, I’ve finished for the time being.

I think I’ll have a nice cup of tea and leave you to your own future. Happy legalities !!!!