Despite all the hype there is universal ignorance about how Evolution operates. So let’s stop and think through the mechanism to better appreciate this amazing and highly acclaimed phenomenon.

The Miracle of Progress

We are told that Evolution created for us all life-forms, including humanity. All the complexity, intricacy, ever-so-clever innovations, amazing functionality and profound capabilities developed, so we are told, from an accidental process which has proven wonderfully lucky for us.

We will not consider here the number of miracles required for the evolutionary process to move forward. We will not consider the statistical impossibility of the process. The scientific community has schooled us to ignore those realities and accept, as a matter of faith, that Evolution did happen. And that is that!

Let us contain ourselves to the simplest definition of Evolution. Working up from there we should have no problem explaining the process.

At its simplest level, Evolution is “change”. When we say that our skills have evolved we do not mean that they have stayed the same. They have changed, hopefully for the better, over time.

So, the simplest definition for evolution probably should be “change”, or maybe “change over time”. We could even call evolution by other names, such as “morphing” or “biological transformation”.

But, we should note, not all change is evolution. When a bucket rusts we don’t call that evolution. That’s simple degeneration, even though it is “change”. When one gene is switched on and another switched off, that is not change in the inherent nature of the thing, although it might represent a striking visual difference.

Now, for evolution to occur, so that “change” can take place, there must be a change agent. There must be some process causing change. If there is no process of change, there is no evolution.

Evolution assures us that “change” has taken place. So the theorists must come up with a change agent. They need to show the method by which organisms make those millions of miniature “morphs” that transform simple things into the incredibly complex creatures living on the planet.

For evolution to become what evolutionists mean it to be the change process must be able to cross boundaries. Amazingly, from an evolutionary point of view, created things are contained within their own biological set. These types, kinds or species are able to interbreed, but not mix across the biological boundary.

Dogs can be crossed with wolves, but not with foxes. While the diversity of types of dog suggest that just about anything is possible, there is an invisible biological boundary around the “dog” species. The boundary includes the wolf, suggesting that all the dogs we know today were bred from an original wolf family.

Evolution must be able to empower a fox to cross with a wolf. It must provide change ACROSS the boundaries. That kind of “species to species” change is biologically impossible today. So, how did it happen in the past?

But evolution requires a secondary process to its ability to create “change”. Evolution also involves choosing the best new alternative.

We frequently face many choices, such as, “Do you want fries with that?” or, “Do you want that in a paper or plastic bag?” Likewise, evolution is forced to make millions of choices to get to a good outcome.

You see, not every change is a good one. A mindless change process (assuming there is a change process at all) produces random outcomes. Considering the delicate and intricate balance required for just about every important biological process, there must have been billions of negative changes before the best ones came along.

Evolution, as a completely mindless process, could not know which changes to choose. So there had to be a mechanism that would successfully make the right choices. That process also had to be completely random, yet successful.

Evolution gained its greatest advancement under the notions put forward by Charles Darwin. He proposed what we could call the “Fitness Test” concept. His idea of the “Survival of the Fittest” caught the popular imagination. This concept seemed to give scientific validity to the ideas that had already been discussed, of life developing without a divine creator. 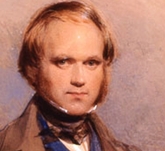 As the millions of changes took place, all non-beneficial changes would be displaced by failing the fitness test. If changes made the organism weaker it would die. If a change made an organism more viable than its parent, then the new would displace the parent generation, in due course.

Evolution needs to produce millions of changes and then discriminate between them to pick the best ones. If there is no change then there is no evolution. If there is no discrimination then harmful changes will outweigh the beneficial ones and destroy the existing life.

Now You Have It

Got that? Evolution is change over time, with the ability to pick the good changes. Evolution is “Change” with “Discrimination”. Oh, and that change must not just be window dressing. It MUST be able to cross over the biological boundaries.

Survival of the Fittest is the supposed “Discrimination” mechanism. Now all we have to do is find the “Change” agent that can jump biological boundaries.

If there is a viable Change agent and a viable Discrimination agent we are a long way toward discovering evolution.

So, even if we could discover very viable Change agents and Discrimination agents, we have not proven evolution. Even if the ability to jump the biological boundaries is provided, we still have not proven evolution. While evolution must produce its viable mechanisms it must also produce its evidence that those mechanisms created what we see around us today.

And that, my friends, is an impossibility. You cannot prove the past. Even if evolution were occurring today, that cannot PROVE that it ever happened in the past.

In a future post I’ll take you for a waltz through the topic of “Change” and see what we come up with.