Different forms of Government have been evident through history. This study reviews the main forms of government and suggests where the current direction is taking us.

The highest form of government is “Sonship”. This is where you are governed by God and live a disciplined life in obedience to Him, living in the Fear of God.

No government will be so good to you as the Government of God. God not only establishes the highest moral standards, because He is “holy”, He is also the most generous ruler. God causes His rain to fall on the just and the unjust. He gives life to all. He lets His sunshine fall on the evil and the good.

King David was given the choice of being punished by his enemies or by God and he immediately chose to be disciplined by God, because he knew that God was gracious. And Psalm 107 tells us that God even gives His loving-kindness to fools.

A weakness of this form of government is that evil people are not immediately punished by God. So it is possible for evil people to abuse, oppress and exploit others and there not be any recourse for the oppressed. The victims should cry out to God and find His protection and deliverance, but not all people prove willing to submit to God’s authority and humble themselves before Him.

Next to God’s government is that form of government based on law and principle, especially those laws prescribed by God. God is not capricious and He does not change. His ways are challenging, but they are consistent. When God’s laws are put in place nations can be successfully governed by being held to account by God’s standards.

A weakness of this form of government is that the very judicial and priestly system which is established to administer the laws and principles is subject to abuse by the individuals employed in the process. Justice can be perverted by bribes, lies and intimidation.

Religious and legal systems can become devoted to their own existence and ends. Position, privilege and power can corrupt the very systems instituted to uphold law and principle. 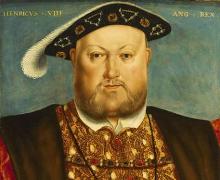 Historically one of the earliest forms of human government was that of rulers, kings and patriarchs. Men set up families, villages and communities under their protection and care. Thus they became the king of those communities. Others then deposed those rulers to either spoil and destroy their “kingdom” or to add kingdoms together into a larger kingdom. The ancient Summerian King List suggests that from the very beginning of human history there have been rulers (kings) who were progressively deposed or defeated by competing kings who displaced them.

A weakness of rulers as a form of government is that each kingdom is dependent on the character of their respective rulers. Despotic and violent rulers would rule their people differently to those who were benevolent and principle oriented.

Kings and kingdoms differed to the degree they gave place to the government of God and the rule of law and godly principles.

Some kingdoms also became a confederacy, rather than being under a supremely dominant ruler. In such cases the individual families and property owners have bargaining power over the ruler, modifying his decisions and powers.

In western history we see the advent of Parliamentary and elected government, emerging from the time of the Magna Carta. The monarchs of England became progressively limited in their rulership by the constraints of landed gentry (Lords) and elected representatives (Parliament).

This process has developed into what we now call “Democracy”. The concept is that the general populace elects people to represent them in the government of their lives. A large group of elected people, representing geographic communities, contend with each other to come to a consensus about the appropriate governmental processes to apply to the overall population.

A weakness of representative government is that those in office become the political elite and may work toward their own agendas, not those of the population they represent. They may also become much distracted by the challenge to stay in office, rather than to govern well. The ability to manipulate or appeal to the masses becomes the basis on which people become elected to represent the population.

The Westminster system of Government, developed in England over recent centuries, brings together all of the elements I have outlined so far. A monarch takes oath to rule the people in the Fear of God, for the benefit of the people, according to the principles and divine laws given in the Bible, and bound by the rule of law. The monarch, however, does not make the laws, but simply ratifies them.

Elected parliamentarians create the laws, by democratic process, and submit those laws to the monarch for final approval. The monarch should reject all laws which offend God and not for the good of the people. Thus the monarch and parliament coexist and bring restraint upon each other.

Meanwhile the judiciary stands independent of the monarch and parliament, based on ancient legal traditions distilled from application of God’s laws given in the Bible.

In a perfect world, which does not exist, a godly priesthood would instil the fear of God in the populace at large, which would then elect godly representatives who would govern the people for the good of the populace, and the rules created by those representatives would be vetted by the godly monarch who would reject all rules which offended God or the people. Meanwhile all the populace would be held accountable to godly laws and thus live lives of restraint that limited their offence of one another.

Where are we Going?

Since western government has moved from monarch to parliament over the past centuries, it is able to move to new places from here. In fact, I believe we are already part way through a very serious transition of government, away from government by God, principle or parliament. I’ll discuss what the future might hold in Evolution of Government – part 2.