Have you ever been glad when someone got what was coming to them? It’s a common feeling of delight and it’s a common wish in the hearts of annoyed people. “I hope he gets what’s coming to him!”

And when terrible things happen to annoying people you are likely to hear a “Serves him right!” from those who are happy to see it.

When a truck driver moved into a neighbourhood and parked his huge rig on the street there were many who became incensed. Their complaints to the police and parking authorities proved futile. The man was within his rights. But that didn’t make it easier for those who resented seeing his ugly truck parked in front of their house. 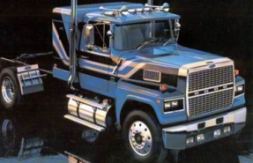 The truck was the owner’s pride and joy. It was washed lovingly and had been decorated beautifully. So, one day when a speeding car rammed into the truck the neighbours took great delight in seeing the truck so defaced.

We even have a word for people getting knocked down and put in their place. We call it their “comeuppance”. “Just wait til he gets his comeuppance!”

There is something in the human psyche that longs for justice, where those who annoy others are made to suffer in some way. That suffering is there comeuppance. Other words for it are “just deserts” and “what’s coming to him”.

So this is no foreign concept. We have several well-worn expressions at our disposal to describe the very thing I am talking about. It is a familiar thing, addressing familiar feelings of vengeance and justice meted out to those who deserve it.

Do You Believe in Justice?

This very impulse has some sinister implications. But before I get to that, let me prompt you to think about your personal sense of justice. Do you believe in justice?

Do you find that the idea of people getting away with evil feels wrong or sits poorly in your mind? Do you feel gratified when evil people get their just deserts? Do you wish for people to get their comeuppance?

The Demands of Justice

The person who annoys his neighbours should suffer some negative consequence that appeases the neighbourhood. The man who borrows things and never returns them deserves to have something negative happen to balance things out.

The crook who rips people off should pay for it some way or other. The man who attacks, exploits and abuses others should end up suffering for his evil deeds.

Many people are comforted at the thought that even if bad people get away with bad things on earth, they will get their comeuppance when they stand before God. The idea of divine retribution, at least after death, fits our notion of justice.

I had one woman tell me she would forgive her husband for what he did to her, but she wanted him to burn in hell once he was dead. The idea of God’s judgement greatly appealed to her.

Do You Demand Justice?

Let’s hear it for justice! Let’s celebrate the fact that everyone gets what they deserve! Let’s demand that the annoying neighbour gets it in the neck and that the rip off merchant gets taken to the cleaners!

Is that how you feel? Do you demand justice?

There is a serious problem if you do. So, don’t be too hasty to celebrate the punishment of evil.

If Him Then You

If the annoying neighbour deserves his comeuppance for annoying you, then what do you deserve for living the life God gave you as if it was your own? If someone who offends you should feel the full force of his just deserts, then what should you get from God?

If justice works at all, it works AGAINST US!

If we have the right to demand any vengeance, retaliation or retribution, then what is God entitled to? God created you, loves you, died for you, provides abundance for you and patiently waits for you. If you have lived for yourself, served anything other than God, mocked or offended God in any way, then you deserve the most cruel punishment and torment.

Let me ask you again. Do you believe in justice? Do you demand justice? Do you celebrate the idea of people getting what they deserve? Do you like it when people get their comeuppance? Do you wish for people to get their just deserts? Do you think everyone should get what’s coming to them?

If you harbour those ambitions at all, you do so at your own peril.

I do not want what I deserve. I want mercy. I want God’s grace.

So, I must want those things for others as well. If I demand retaliation or just deserts for evil-doers, I demand them for myself as well.

I want mercy in my life. I want God’s grace poured into every aspect of who and what I am. And so I must want mercy and grace for others. I must bless those who curse me, love my enemies, do good to them who exploit me and abuse me.

Above all, I must plead for God’s mercy and grace upon those I would otherwise despise and want to see hurt in some way.

Now, that’s a change of heart. If you can’t come at it in your own strength, then you need new life from God within you, so you can display the heart of your heavenly Father.

But for heaven’s sake, be delivered from your fleshly lust for vengeance. It condemns you outright!

There is nothing wrong with Justice. God is holy and just. God will mete our justice, and He will mete our mercy. The human problem is that justice belongs to God, not us. We can execute it, on His behalf, but we are not to indulge our human lust for vengeance or retalliation. God tells us that vengeance belongs to Him, not us.

We must serve and worship- Him, and just as we do not want Him to exact justice from us, but rather to have His mercy, we must not become blood lusting, vengeful people who want mercy for ourselves and retribution for others.

Keep your heart clean and right before God.