How is it that a Christian upbringing doesn’t protect some children from taking up the world’s values and abandoning the faith they were raised to?

This is a perplexing problem for many families and churches. I believe that part of the problem is the “Spirit of the World”. I expect there are many homes where the spirit of the world is given room to work and where that spirit is even given rights over the children. Let me explain.

The world and God the Father are so separate that there is nothing in this world that is consistent with who and what the Father is. So, for us to walk with God we need to have no connection with the “world” and its value systems.

The world is toxic to our spiritual life. We are “in” the world, but we are not “of” the world, and the world will hate us, because we are separated from it in spirit.

The “world system” is ruled by satan. He is called “the prince of this world”.

“Hereafter I will not talk much with you: for the prince of this world comes, and has nothing in me.” John 14:30

He seeks to get people entangled with the processes of the world. He wants them tied up in the cares of this life and the affairs of this world. So, like a Pied Piper, he plays the world’s tunes to seduce the hearts and minds of men and women, boys and girls.

The devil’s key strategies involve catching us up in the things of the world, and specifically “the lust of the flesh, and the lust of the eyes, and the pride of life”. He wants you living by your natural appetites and impulses, the stimulation of what you see and desire, and your pride in yourself.

The “spirit of the world” asks you to buy in to the world’s values in your heart. No matter what you appear to be on the outside, the devil wants you lusting after the world in your heart. That way you become an idol worshipper and the devil has spiritual rights over you and your children.

About 100 years ago the western culture was heavily influenced by Bible teaching and Christian values. People were taught to fear God and to accept responsibility, thinking of others rather than self. That did not make the whole culture Christian, but it did make the culture basically safe and the people basically responsible.

But in each successive generation the devil tried to lure people away from faith in God and the fear of God. He knew that his greatest ally was the weakness of the human heart. Just as Eve was easily seduced away from obeying God, each generation is seduced away from God’s holy standards.

In a god-fearing culture, the devil could not get everyone living in open lust and immorality, but that is what he wanted them to do. So, he settled for asking one generation to give in to the “spirit of the world”.

The devil asked people to build an altar in their heart for the worship of worldly pleasure. That pleasure was fairly harmless and safe, held in place by the morality of the culture. But by getting people to “give place to the devil” in their heart, the devil had rights over their lives and their children. 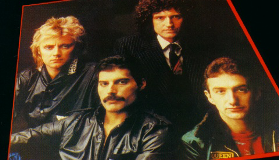 Jesus warned that what we give in to gains power over us. The things we worship, lust after or even secretly serve become our masters. We become spiritual slaves to those things.

“Jesus answered them, Verily, verily, I tell you, Who ever commits sin is the servant of sin.” John 8:34

The Apostle Paul explained it this way …

“Don’t you know that to whom you yield yourselves servants to obey, his servants you are to whom you obey; whether of sin unto death, or of obedience unto righteousness?” Romans 6:16

People who are simply going along with the world are actually servants of satan.

What the parents did in moderation the children were encouraged to do in greater measure. Mum enjoyed listening to the latest music in her day, and so her daughter listened to the latest music in the daughter’s day. However, instead of the popular songs being about innocent themes, the new generation listened to songs with immoral messages. The process was effectively the same, but the moral content had changed.

When the parents tried to caution their children those kids ignored the warning. The parents had done the same thing in their day, so those parents did not have the authority to stop their kids from doing the “same” thing in this new generation. But the stakes had been raised by the spirit of the world. Now the relatively “innocent” activities had become more morally dangerous.

The Pied Piper had the parents and the children trapped in his strategy. Neither could break from the direction he was leading them.

The problem is that the standards had slipped to a level shocking to the grandparent’s generation. Grandma didn’t think that sleeping around was fine. She didn’t think that defying parental instructions was OK. She didn’t want her grandchildren to be destroyed by immoral and godless living.

All she wanted to do was enjoy the “world” as it was offered to her in her day. It was “innocent” fun. It was the best the world had to offer. She gave her heart and soul to it and it seemed to do her no harm.

When a person gives in to the Spirit of the World they give themselves and their generations to that spirit. It will continue to lead each successive generation into open rebellion against God, gross immorality and complete abandonment of all that is holy and righteous.

And that’s where we are right now. The kids who are sleeping around, taking drugs, doing whatever they want to, when and how they want to do it, are simply fitting in with what the “spirit of the world” tells them to do.

When their parents try to caution or stop them, the parents have no ability to intervene. That’s because the parents were just as much under the power of the same spirit themselves. The parents cannot resist the devil’s work while they are still perfectly happy about their own course in following the spirit of the world in their day.

Two Spirits in the Home

The parents are oblivious to this unseen subversive spirit, because all their Christian friends also have dual worship in their homes. It seems normal and innocuous to chase the world’s values, entertainment, values, objectives, processes and the like. Science, education, fashion, technology, lifestyle, popular culture, ambitions, morality, and everything else, are seen as normal things to love and pursue, just like all the other people in the “world”.

The spirit of the world is backed up by television, movies, magazines, music, radio, newspapers, the education system, western culture, popular fads, secular role models, universal value systems, and the lusts in the heart of each child.

So, which spirit do you think is likely to win out in the home?

God’s spirit is much more powerful, but the devil has “legal ground” in the heart of the children, due to the parents’ willing worship of the world. He also has the family’s total attention and heart commitment.

The only way to deliver your home from the spirit of the world and the all pervasive seduction of your children is for you to repent of your commitment to the world and its values. You need to repent and renounce the worldly values which you hold dear. You have to stop loving the world.

If you do not break your affection for the world you will have a wide open door for the devil to walk into your home and to lead your children out into the worst worldly values available.

It is time for you and your family to develop a new lifestyle, such as Paul had when he declared, “For me to live is Christ!”

Not Easy But Desperately Important

As you “turn your heart” toward your children you must face the challenge of dealing with the place the world has taken in your heart and in your home. You ignore this challenge at your peril and at the price of your future generations!