I have often seen people struggle to exercise appropriate authority in their leadership roles. Parents, foremen, teachers, kids club leaders, committee chairmen, pastors and the like can each struggle to establish their authority at times.

This lesson is designed to prompt you toward a correct understanding and application of your authority as leader. You might gain particular help from realising your wrong notions of what leadership is, that block your correct use of authority in your leadership positions.

I have seen school teachers in complete disarray as they struggle with their class. I have seen young leaders get exasperated, shouting and making a scene to gain control over the group they were trying to lead. I have seen parents get to the end of their energies trying to negotiate with their child.

There is no shortage of bad examples and we have all seen people handle their position of authority poorly. So take a moment to reflect on some of those you have seen. What were they doing wrong? What could they have done differently to handle the situation better? 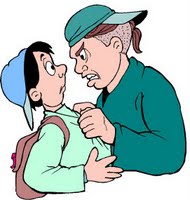 Often poor leaders end up being removed. Once someone is in a fix in their leadership there is often little hope of easy recovery. Their superiors have to step in and a leadership reshuffle may well result, to give everyone a fresh start.

Many of those who fail in leadership are beset with poor ideas about what gives them their authority. It is easy to believe or assume something to be true, without any real knowledge or basis by which to test the assumption. People often act out things they believe to be true, without ever reflecting on their beliefs and modifying them.

I have seen leaders who believe that people will follow them because of the quality of their personality. The thought process may go something like this: “I’m chosen as a leader because I am an ideal choice. Therefore people will follow my instructions automatically, because I’m an ideal leader.”

This naïve notion is soon challenged by the failed response of those being led. Lack of cooperation will cause the leader to feel that they are being put down personally, and that their qualities are being insulted. The leader will then have internal emotional issues to deal with as they try to lead. Things can get personal and messy in that situation.

Some people carry pride about their self importance. This is akin to class distinction where one person assumes that all “lesser” people are to serve them. When a leader carries notions of personal superiority those under their leadership will feel the impact of the leader’s pride putting them down.

A leader with illusions of their own superiority will tend to talk down to those they lead. Note the condescending tone in this following instruction from a “superior”. “You’ll be a good dear and fix that for me, won’t you?”

Along with condescension will come demands that are unreasonable or inconsiderate. The leader will be constantly walking over those in their service, expecting their total obedience as a matter of proof of the leader’s place.

Some leaders think they can only get cooperation by intimidation. These leaders resort to shouting, threats, bullying, taunts and the like. They do not carry authority in themselves and so try to generate the effect of authority by lording over those under them.

Some employers use threats of sacking to get their employees to do what is asked. The “stick” of punishment is seen by some leaders as their only effective tool for getting things done.

I have seen leaders who only comprehend leadership in terms of “power”. These leaders do not “lead” those under them, but “control” them because they have “power over them”. This is a complete distortion of leadership.

Leadership speaks of purpose. Leaders lead others to a place or outcome. Power, however, lacks purpose and outcome. Power is an end in itself. And it’s a “Dead End”! When leaders think of themselves in terms of power they lose something of their responsibility and role as one who directs for a purposeful outcome.

Many leaders do an excellent job, as parents, teachers, bosses and so on. Reflections on poor leadership should not create the impression that most leaders are inept. So, let me now turn your attention to issues of positive leadership which you can gain from.

Leadership is a place of authority. Authority is delegated to us. So leadership involves the fulfilment of a responsibility on behalf of those who have entrusted or empowered us.

Of course, those who run their own business or project will have authority over their staff or members, without having had that authority obviously given to them by a superior. Yet those people have been entrusted with that opportunity by God and are accountable to Him, and they have been entrusted with authority by those who have agreed to submit to them. Thus there are serious responsibilities that must be kept in mind, even in the case of a business owner.

Good leadership can be packaged in various forms. It is not a cookie-cutter model that has to be followed religiously. Instead, it has much to do with principle and engendering cooperation and productivity from those being led. 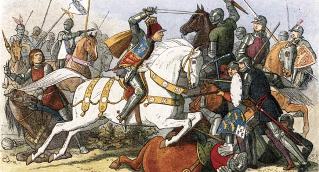 Among the various expressions of leadership, I like to see good delegation, productive purpose and enthusing and rewarding of those involved.

All those being led are effectively being “delegated” to positions and responsibilities by their leader. A good leader confers authority to those under him and empowers them to fulfil meaningful functions within the group or process.

Even the lowest position in the pecking order, if there is one, is a delegated position.

Good delegation finds the best person for the role, clarifies the processes and objectives, then motivates people to perform their responsible function in the most effective way, and keeps an eye on the on-going performance, and managing appropriately.

Demoralisation of a team or staff has drastic impact on productivity and output. Whole organisations and projects have collapsed due to people losing heart for their role or project.

Giving honour and clarifying purpose are two important parts of keeping people motivated and focused. Honour is intangible and it costs little, except thought, intent and effort. Yet each of us has gone the extra mile because of the intangible reward of personal or publicly recognised honour.

And when we know what our purposes are we are able to endure difficulties to get the required outcome. When purpose is blurred inactivity and wasted time and resources will result.

Honour and Purpose are brought into clear focus in examples of a team being rallied to a purposeful moment. A great example is the St Crispin’s Day Speech from Shakespeare’s Henry V. Before going to battle in Agincourt, France, Henry rallied his men with an inspirational call to do their very best.

I enjoyed the 1989 Kenneth Branagh version and commend it to you as an excellent example of how people can be aroused and enthused by the conviction and purpose of their leader.

My rallying call to you is….

“You don’t need special gifts or personal superiority to be a great leader! Once you have had leadership conferred on you, your challenge is to handle that authority wisely, by truly leading those under you care. Delegate thoughtfully, give honour where it is due, maintain everyone’s focus on their purpose and the team’s overall objective, and rally them to the task. You can do it! You have the right to do it! And as you do it well, you will be respected and loved for it! The world needs more great leaders, so become one of them for the good of us all!”