My first factory job had me chomping lengths of angle-iron in a metal fabrication shop. The boss would set the stopper on the old Italian cutting machine and I would either push the lengths toward the machine or pull the chomper handle once the length had been measured.

Wanting to make a good impression I worked hard and wore holes in the protective gloves. However the boss came out an hour later in a foul mood. We had pushed the metal so hard that the measuring mark had moved over time. We were now cutting lengths that were too long.

We were then taught how to check our lengths regularly and adjust the stopper if we moved it. Our pace was reduced, but our output was much more consistent.

And so it is with many processes. Machines and systems have to be recalibrated. Machines have to be put back to the manufacturer’s settings from time to time. It’s part of routine maintenance of most equipment.

Parenting involves attention to the settings in our children’s lives. It is ours to determine the correct settings, put those settings into our child’s life, and then check the settings regularly, making adjustments as required.

This series will open your thinking to this important process and give you some notion of how it works. You will be directed toward the best settings to follow and the best way to reset your child’s life to the settings you want them to follow.

First I need to get you thinking about the settings in your own life. 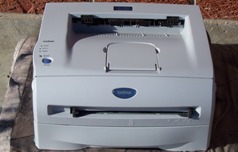 Last week we struck a problem when our laser printer went out of service. The reliable older machine no longer matched the newer equipment we used on a daily basis. An old laptop was our only means of activating the printer. When that old laptop gave up the ghost we were stuck.

My mind went to finding adaptors that would allow our newer computers to drive the reliable older printer. I called people who could help me and tracked down a store where I believed I could get the right parts.

Just before I set off to buy the needed adaptors my son pointed to a machine sitting on a shelf and asked, “Isn’t that a printer?” I had to look twice to confirm that indeed it was. I did not remember the machine even being there. It was more modern than the machine we had been using, but for some reason it had been put aside. I was able to get that machine working fine and our printer problem was solved, without adaptors.

I would have sworn that there was not another printer in the building. But what is worse, I had looked at the shelf containing the waiting machine many times each week for the past few years. The printer was in my line of sight, but never registered in my brain. My eyes saw it, but my brain did not.

This relates directly to “settings”. I had deemed that printer to be of no value, due to a problem with the toner supply. Once my brain had accepted that setting it no longer saw the machine as a “printer” but simply as something to ignore. My brain did an excellent job of ignoring that equipment. I completely forgot it was there.

Settings in my brain determined how it processed information it received. My eyeballs regularly provided an image of the printer, but my brain relabelled the image as “irrelevant” and did not catalogue the machine among the things it bothered to remember.

My brain creates blind spots, based on the settings I tell it to follow.

Our Reticular Activating Device (RAD) is credited with being able to program our brain to see or not see certain things. Until something becomes significant to us we can be completely blind to it. Once we have our eyes “opened”, as it were, by being tuned in to something, we begin to see what we never saw before.

Each person has their own unique “settings” which engage the brain in filtering information in a unique way.

The process of “seeing” involves more than just a mental process. Heart issues are just as potent as thoughts of the mind. They are probably more significant. Moral issues, motives and similar heart responses impact our ability to see, just as our mind does.

If someone accidentally spilled coins onto the footpath some people would rush to their aid while others rushed to get something for themselves. Some people reject the opportunity to steal, lie, cheat or be immodest, because of moral sensitivity in their heart. Others have no qualms about such things, because their heart is darkened.

Most machinery is supplied with the manufacturer’s settings installed. Changes can be made to those settings if required.

Your role, as a parent, is to imprint the basic manufacturer’s settings into your child’s heart and mind. You are to ensure they have the correct settings and that those settings are not being tampered with.

Whether you like it or not, you are impressing settings into your child’s heart and mind all the time. Your attitudes, reactions, values, choices, words, daily routine, and so much more are pre-programming your child’s future.

Others, such as their friends, television programs, songs, teachers, and even strangers who cross their path, are also programming your child in one way or another. So parents, the task is “adjusting the settings” is your mission for the first decades of your child’s life. Get used to the idea.

And look out for further posts in on Adjusting the Settings, where I explain more about this important aspect of your parental responsibility.