While all true justice is based on God’s holiness it is also deeply linked to possession of property, or ownership.  The two concepts of perfection and possession undergird most of what we think of as justice, and the two go hand in hand because one springs from the other.

True justice is based on the concepts of perfection and possession (property) and these two are interlinked.  So let us now take a look at how property fits into the understanding of justice. 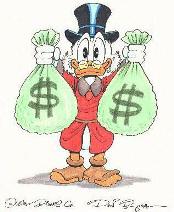 In the Bible example used in Justice for Dummies 1, two women came to King Solomon with a live baby and a dead baby.  The two women both claimed the live baby as theirs.  Right there we have the matter of possession of “property”.

The dispute that had to be settled was “whose PROPERTY was the live baby”.

So, you see, property is a key issue in justice.

Jesus Christ challenged the unjust legal activity of the religious leaders in His day, by pointing out that they would steal homes from powerless people.  He referred to them stealing houses from widows.

“Beware of the scribes, which desire to walk in long robes, and love greetings in the markets, and the highest seats in the synagogues, and the chief rooms at feasts; Which devour widows’ houses, and for a show make long prayers: the same shall receive greater damnation.” Luke 20:46,47

It is not uncommon for people to use the courts in order to get possession of things they want.  In fact, so much of the modern court system is devoted to claiming property (or money) that the courts are identified by the amount of money they are allowed to judge over.  If your claim is for a certain amount of money then it will be pursued in a different court to someone claiming a much smaller or larger amount of money.

Getting possession of things is a major component of court activity.

Before trying to navigate through the temporary issues of who gets what you need to consider the deeper, underlying “property” issue that impacts all justice.  Someone will win or lose a case for some amount of money, but that is a transient transaction.  In time both winner and loser in court will be dead, and so will the judge.  But true justice has been here from the beginning and will outlast any amount of money won in court.

The underlying “Property” issue is that God owns everything!

“The earth is the LORD’S, and the fullness thereof; the world, and they that dwell therein.” Psalm 24:1

So, before we consider the individual property claims, take note that God has the ultimate property claim in the highest courts in the universe.

Believe it or not, one of the greatest deceptions of today’s courts is based on property, and it is the matter of people stealing things from God.

I will get to that in a later lesson, but take note that the matter possession of property is a profound one that does have incredible significance to the way you respond to courts and claims you make or that are made against you.

Judicial process takes place when a court is empowered by a claim.  The most powerful claim is related to the claim of ownership.

To come to a court you must “own” something.  You may own a tangible object, such as a car or amount of gold, or you may own an intangible thing, like a right or a position.

If you go to court claiming you saw someone steal goods from another person that claim is ignored.  The one who suffered theft, being the owner of the thing stolen, must go to the court and press charges.  If the person who owned the goods refuses to press charges then there is no power in the court to do anything.  Thus ownership is a key component of justice.

When what you “own” has been stolen from you or damaged by another you are able to go to the court and make claim against the one who has wronged you.  The court cannot take action against an evil-doer until and unless someone who has the right to claim (the owner) makes a claim against that evil one.

Your property gives you the power to make claims in court.

Since God owns everything, how much right does God have to bring judgement?

God owns everything, because He made it.  God owns the earth and everyone living on it.

So God’s right to judge and declare just decisions is absolute.  There is no claim anyone can make against God’s judgement.  Not only is God perfect, God has absolute property rights when it comes to judgement and justice.

That’s why we see in the Bible that God brings judgement upon the world and in the end of the world everyone will have to stand before God and give account of their life.

God has the right to sentence us to hell or to grant us complete forgiveness because of our faith in Jesus Christ.  You may not like His judgement or His right to make that judgement, but you are powerless to resist.

You may even choose to delude yourself that believing in something other than God will make God disappear.  But God has every right to set the holy standard by which you will be judged and to bring everything you do and say into judgement.

We saw in the last lesson that everyone has failed to meet God’s high standard of personal holiness.

You will one day have to account even for the things you mutter under your breath.

“But I say to you, That every idle word that men speak, they will give account thereof in the day of judgment.” Matthew 12:36

What is wonderful about God is that He is perfect.  He must judge us according to His holy standards, but He also must apply His personal character quality of “love” into our lives.

Rather than just obliterate us all because we do not rise to God’s holy standards, God sent Jesus to pay the penalty for us in advance.  Jesus took on Himself all the sins of all people on planet earth through all of human history.

Thus God can uphold His just and holy character, without wavering, but also acquit us on completely just grounds.  If the penalty has been paid then we can be released from obligation.

All we have to do to receive what is there in a credit account for us is put our faith in Jesus Christ, making Him both our saviour and lord.

When we do that justice is completely satisfied.  Holiness is maintained.  And Love is fully released into our lives.  God’s character is engaged with our existence in profound ways, making the sacrifice of Jesus worthwhile and productive.

When we reject God we simply remain in the condemned state we were in before we knew about Him.  Justice is satisfied.  Love has been rejected and so it does not reach us.

I said earlier that perfection and possession go hand in hand.  They are intertwined.  Let me explain what I mean.

God has ownership over us because He created us.

God is perfect and holy in His own character.

The one who “owns” us has the right to demand the standards He will expect of us.  The only standard God can impose is that of His own holiness.

So, by being God’s possession we are accountable to God’s perfection.  There is no wriggling room.  God is holy and He owns us.  So perfection is the only quality He can bring upon us and the only standard He can measure us by.

If we were made by some inferior being, or made by ourselves, then God’s holy standards could be ignored.  But, sadly for our selfish and sinful nature, that is not how it is.