Are you trapped in the Dungeon of Doubt? If you are, do you know how to get out?

I trust that these thoughts help you escape from the slavery to doubts.

Some people latch on to all the doubts that come their way while others have no problem believing or maintaining confidence. Which of those types best describes you?

If the media comes out with new evidence to disprove God, or to cause doubts about the Bible and Christianity, how do you normally react?

Do you become fascinated by that new information? Do you feel ashamed of your own faith in God? Does such news intimidate you?

Or do you shrug it off, knowing that in time all the uproar will subside and the new claims prove to be empty?

If you are easily impacted by other people’s doubts or new reasons to question God and the Bible, then you are in danger of the Doubt Dungeon.  If you are resilient against each new supposedly scientific finding that mocks Christianity then you are free of the doubts that trap many others.

If you could talk with an angel, or get an audience with God, what is the big question you want answered?

Is the question that dominates your thinking a doubt?  Do you need God to give you reassurance that He is real or that His Word is true?

If your underlying question is not about the truth and reality of God and His Word, then you are probably past the Doubt Dungeon.

As a minister I get hit with questions from people all the time.  They seem to think I can resolve their doubts or they may even see me as a target to fire at, as if they are having a shot at God Himself.

So I get to hear many of the questions people have and I find that most of the questions are from the Doubt Dungeon.  People often get trapped in the gloom of doubt and despair and want someone to help them out. 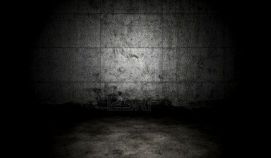 It seems some people are bedevilled by doubt and have become slave to every new popular doubt in the marketplace.

I have seen doubts come and go.  The pop paperback “Chariots of the Gods” once proclaimed that life came from outer space, and not from God.  Findings of a localised flood in Mesopotamia were used to deny the global flood of the Bible.  Findings of ancient Babylonian tablets with accounts similar to Bible events suggested that the Bible was a mere human story collection.  The idea that writing developed late in human history suggested that “Chinese Whispers” type word of mouth transmission perverted the Bible history.

Of course the most profound source of doubts that attack the Bible is awarded to the theory of evolution.  For over a century pseudo-science has mocked the Bible account of creation, based on a choice to believe that evolution is real.

What many people don’t realise is that doubt is a spiritual weapon assigned to attack them.

The most powerful thing any man or woman can do is choose to believe God.  That’s called “faith” and it is not possible to be rescued by God without it.  Faith is the only thing that pleases God (Hebrews 11:6).

So doubt has the purpose of destroying faith.

Faith is a “choice to believe”, an act of the will.  The purpose of doubt is to block someone making that choice.  If you think you have good reason to doubt a choice you will not make it.

But once you entertain the doubt and shut down your will from choosing to believe you end up in a dungeon of doubt.  Your will has been disabled by something as unworthy as uncertainty.  Now your will is hobbled and won’t be strong again until you use it like a muscle to throw off the doubts.

However, once you have accepted the doubts, deactivated your will and killed your ability to exercise faith, you are in a dungeon.  The rest of your life may be spent in the unhappy gloom of that dungeon.

Once in the Dungeon of Doubt people become highly susceptible to any and all new doubts.  When a new theory or claim comes out to challenge God or the Bible, those in the dungeon prick up their ears.  But they can’t properly assess the new, addictive doubt, because they have already shut down the will.  They have already deactivated their choice to believe.

They will look at the new evidence without any capacity to resist it.  The doubt will swamp them, confirming their past doubts and leaving them in the unhappy sense that something is not right, but they can’t quite work out what to do about it.

That’s why you can meet people who have all the doubts lined up in their heads.  Rather than only having one or two pieces, they seem to have the whole matching set.  These are the doubt addicts, digging their own dungeon of doubt deeper and deeper.

Doubt can be destroyed in moments.  There is no reason to stay in the dungeon of doubt.

All it takes is a “choice to believe”.  Faith is very powerful.  It overcomes all the forces in the world, including doubt.  So when you use faith you are able to destroy the whole dungeon.

As long as you entertain doubts you deactivate your will.  Doubt forces you to not make a decision, because you can’t be sure it is right.  So doubt will never lead you forward.  It will always disempower you and lock you in its dungeon.

But when you make a choice to believe, doubt is destroyed.  Your will comes into action and you can make a positive stand that will take you forward.

The saying goes that it is better to make a wrong decision than not to decide at all.  That concept illuminates what I am saying, that doubt disables your will.  If you make a choice and it proves to be the wrong one, you can then change your choice.  But if you don’t make a choice at all, you are stuck in the mud of inertia.  Your life is locked in prison.

It’s not about the evidence! In our cynical, intellectualised world we are told not to believe in things unless they are proven.  But that’s absolutely ridiculous!

Most of the big decisions you will make in your life have nothing to do with scientific evidence and “proof”.  They are not about the evidence.  Those big decisions are mostly based on your gut feeling, your emotions, your preferences and, ultimately, your CHOICES.

So stop being intimidated by the doubts that demand a scientific answer.  Make a choice to believe what God says in His Word the Bible.

And notice that once you embrace the doubts you live with, you experience a certain internal sense of being dislocated.  That’s because you are denying something your gut tells you is true.  When you “choose to believe” you are resolving those internal frustrations.  I have seen that many times over.

If you are trapped in the Dungeon of Doubt you don’t have a life.  Your will has been shut down.  You will be incapable of moving forward until you make a choice to believe.

So get a life!  Get your foot out of the trap.  Reactivate your right to believe.

And if you are hesitant, remember that a choice is never final.  You can change your mind tomorrow.  It’s not a crime to do so.  You can spend years enjoying one kind of food and then change your preferences.  It’s as easy as that.

I urge you to make a positive choice right now.  Choose to believe that God is God and that the Bible is God’s Word. Realise that there will always be unanswered questions in life and that you need to get on with life rather than lock it away in the vain hope of ever understanding everything.

Ask God to be real to you and step into the wonder of being His child, in active relationship with Him.  Please get out of the dungeon of doubt right now.