To assist those who are struggling with resentments or other issues in their marriage or relationships I want you to see the key to resolving resentments and dissolving many of the issues and problems that can destroy relationships. 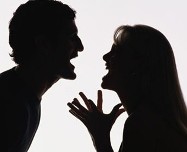 One of my granddaughters, just eight years old, told me today that she prays about her tendency to get angry and now has greater control over her anger.  Last night I saw her quietly leave the table after something upset her and she came back a short while later in a perfectly happy mood.  She had prayed about the feelings she was struggling with.

So the keys to resolving resentments and related upsets are not hard to access.  Even a child can apply God’s truth to become free.

Back in the 1980’s I taught a marriage series in which I included a session on the Marriage Power Tool.  Susan and I had proven the power of this key on several occasions and so I could confidently teach and recommend it.  That ‘power tool’ is the key to Resolving Resentments which I am sharing here.

It may not sound impressive or catchy, and it may even be something you most want to avoid, but it is the wonderful and simple key to unlocking hurts, resentments, pain and hopelessness in many relationships.

Jesus gave extensive teaching about our need to forgive.  In the famous Sermon on the Mount, Jesus included the words, “Forgive us our debts as we forgive our debtors” (Matthew 6:12).  Then Jesus immediately followed the prayer with a challenging instruction.

Forgive or else!  If you refuse to forgive then you won’t be forgiven.  It’s as simple as that.

To nail the message home Jesus later told a parable about a king who forgave a servant who owed a great debt.  That forgiven servant went off and threatened someone who owed the servant a small debt.  Because the servant refused to pass on the grace of forgiveness, the king threw the servant into prison, demanding that the whole debt be paid in full.

Because the servant would not forgive he was not forgiven.  See Matthew 18:23-35 for the record of this parable.

And to make the matter all the more relevant to us, Jesus ended the parable by saying that God will treat each of us that same way.

“And his lord was wroth, and delivered him to the tormentors, till he should pay all that was due to him.  So likewise will my heavenly Father do also to you, if you from your hearts forgive not every one his brother their trespasses.” Matthew 18:34,35

When we are upset with others we become ungracious toward them.  Our words and attitudes tend toward despisement and resentment.

Common responses people make toward each other betray the edge of resentment, rebuke and cynicism that are in place.  “So you finally decided to turn up, did you?”  “It’s about time you decided to help.”  “I do hope it’s not too much trouble for you to make yourself useful.”  “I suppose you think it was MY fault.”

All of these jibes shout our resentment and our failure to bring God’s grace into the situation.

A wife may be resentful of her husband who seems keener to be at work or out of the home than to meet the practical needs of the family.  Similarly a husband may resent his wife who would rather talk with her friends than be there for him.

When a wife or husband is agitated by resentments they will speak them into the relationship, even if trying not to.  A wife calling her husband to urge him home will tend to display in her tone and her words that she is disappointed and accusing of her husband for not being home yet.  A husband trying to make comment about something he wants his wife to change will invariably bring disappointment and accusation into his tone and words.

“Hi honey, are you getting home soon?  We’re waiting to eat together and so I’m hoping you can join us.”

“Sweetheart, can I get you to end that phone call so we can have a little catch up time before dinner?”

What do you resent?

There are many things that can be resented in relationships but the common ones will centre on food, time, intimacy, laziness, control and similar core issues.

When resentment enters the picture it is very easy for ungracious words and heated exchanges to erupt.

“Of course you liked the meal.  It’s full of fat.  When are you going to do something about your weight?”

“Why do I have to do it right now?  We have plenty of time to do that, but not much time for just being together.”

“I knew you’d be thinking about intimacy, but what about all those chores that haven’t been done?”

If you could identify the things you resent, and then ask God to help you forgive the other party for the failings and hurts that you attach to those resentments, then you can begin removing the barriers to your relationship.

Susan and I have found over the years that some rather tough moments have been turned around in an instant, just by one or the other facing the resentments and choosing forgiveness instead of the selfish choice.

That doesn’t mean it is easy.  We have both faced times of struggle in coming to the place where we would give open hearted forgiveness to the other.

For us the issues have not been great dramatic reasons to resent the other, but the personal disappointments and frustrations that come with living life alongside someone who has a different approach or value system about some things than we do.

We have found forgiveness to be an absolute powertool for ourselves and for those who will accept it.  But it has to be activated.  Just like a machine that has to be switched on, forgiveness takes an active choice to activate it.

Everything Can Be Forgiven

I know that people are jealous about their hurts.  We are all likely to think, “Well you just don’t understand what I am going through”.  We want to have a right to hold resentment and bitterness in our heart.  We want vengeance and we want the other person to admit they are wrong and change their ways before we will give them forgiveness.

And that means that everything is fixable.  There is no ultimate sin against you or your marriage that gives you the right to put an end to the relationship.  Only God can end your marriage, since He is the one who joined you as one flesh in the moral miracle of marriage.

Jesus Christ was murdered by men who hated Him without a cause, supported by the very people He came to save.  And on His deathbed, Jesus said, “Father forgiven them”.

Everything can be forgiven.

Giving forgiveness is a divine act.  It puts you into God’s territory.  In fact, the Bible calls forgiveness “the grace of God”.

The Bible tells us to be very careful to show God’s grace or a root of bitterness, which we like to call resentment or some other soft label, will spring up and pollute and destroy.

If you can’t forgive then you need to encounter God’s grace.  It is hard to give away something you have never received.

You are a rotten selfish sinner and you are worthy of nothing but God’s judgment.  But God sent Jesus to die to pay your penalty for you.  If you accept Christ as your saviour you receive God’s grace.  Then you can start to give that grace away to others, by forgiving them, just as God has forgiven you.
Find the Marriage Big Issues article at http://chrisfieldblog.com/2011/12/22/marriage-big-issues