Those who control us do so by “Words”.

This series of articles walks you through an understanding of the Words that Control Us and what we can do about it.

This first lesson looks at the fact that Words impact us. 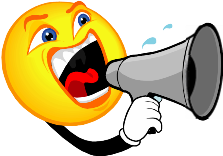 The Deputy Headmaster at my high school (St Marys High – not a Catholic Girls School as some thought) was Jack Curry and he loved to catch people off guard with his shouted cry “You Boy!”

Just about everybody in earshot would freeze when they heard that distinctive, commanding call.  We would all turn around to see if “Curry”, as he was called by the boys out of earshot, was calling to us or someone else.  It was always a relief to realise he had someone else in his sights.

Occasionally the senior boys would mimic the “You Boy!” call, first creating a shock, then a chuckle as people realised it wasn’t Mr Curry.

Jack Curry was promoted to Headmaster at a nearby school and we were spared his intimidating call.

If someone calls loudly near us we usually turn around to see if someone is trying to get our attention.

Someone may be calling to us, or to someone else.  So unless we check the matter out we won’t know.

They may be warning us of an approaching car or similar danger.  They may want to get our attention so they can sell us something, as happens when westerners visit some tourist destinations and the sellers want to hawk their wares.  There may be some official wanting our attention, or someone who simply wants to say “Hi!”

When people call for our attention we tend to naturally look in their direction and then assess the situation from there.  We can stop and listen, or walk on and ignore them.  We can heed the warning and adjust our actions as we see fit.  Or we can be completely dominated by the demands of the other person.  It is up to us to decide how to react to someone wanting our attention.

While most of the voices we hear around us are just those of other people with no authority over us, it is possible that the person speaking has some right to be demanding our attention.

We use the term Jurisdiction to describe the right to speak word (diction) that have authority (juris).  The Deputy Headmaster of a school has a lot of authority and speaks with Jurisdiction.  But one of the junior students can be ignored, because they are without authority.

Someone doesn’t have to possess personal authority to speak with authority, if they are speaking under the authority of someone else.

When I Say “Jump”

Speaking with someone else’s authority is clearly illustrated in the words of a Roman Centurion who history records meeting with Jesus of Nazareth, 2,000 years ago.

The Centurion described his authority as follows:

“For I am a man under authority, having soldiers under me: and I say to this man, Go, and he goes; and to another, Come, and he comes; and to my servant, Do this, and he does it.” Matthew 8:9

So some voices that call for our attention will be voices with delegated authority, giving them jurisdiction.

Imposing Our Words Onto Others

It is interesting to note that people tend to defer to those who are assertive.  If someone starts to assert their authority or speak in a compelling manner it is likely that a good percentage of people will at least pay attention.

Those of us who are trained in civility, to honour others, do as we are told, respect authority and so on, are highly likely to pay attention to someone who appears to have authority making assertions.

This is the process of imposing words onto others.  Most people do that, even in casual conversation.  Mostly it is an innocent negotiation for the attention and interest of others.

In official matters, however, it is a serious subject demanding our understanding.

An amazing example of a person imposing their words on others comes from the legendary English missionary lady Mary Slessor who went to the remote tribes of Nigeria where no white man or woman had been before.

From 1888 she worked with the godless Okoyong tribe which delighted in bloodshed.  She often stood between war parties to stop them killing each other.

Her methodology was to call the leaders of the two fighting groups to account to her the reasons for their arguments.  She would set herself up in the shade of a tree with her knitting, and listen as each side put its case.  Her aim was to keep them talking until they had cooled off or it was too late in the day to do the fighting.  By this means she saved many lives, and did a great deal of knitting.

On one occasion she learned of a fight about to take place at some distance from her.  She cut out a piece of cloth and quickly made various ink markings on it.  She then rolled it up and closed it with a wax seal, giving it the appearance of something very important.  She sent it off by a man who ran to the scene of the fight and presented it to the leaders, saying that the white woman would be along soon to explain the meaning of the mysterious, and obviously important document.

When Mary arrived she unwrapped the cloth and made up her explanation of the random symbols, and thus averted the bloodshed that would otherwise have occurred.

Another feisty English lass who went to remote places was Gladys Aylward who ended up in the mountains of northern China.  On one occasion she was called to deal with a bloody riot in the local prison.  The local mayor and prison commander were terrified and so they demanded that she go into the jail and stop the riot.

She was pushed through a small door which was hastily locked behind her.  She then walked through a darkened tunnel to emerge into the courtyard where dismembered bodies lay about.  A huge man with a blood soaked meat cleaver stood nearby, his chest heaving.  Others were fleeing, crying in pain, or lying dead.

In what became her typical fashion, Gladys scolded the man for his bad behaviour and demanded that the man give her the cleaver, which he did.  Her unexpected appearance and forthright manner quelled the whole drama in a matter of moments.

Yet all Gladys had on her side, apart from her faith in God, was a forthright manner and a bunch of words.

Gladys later used the same demanding manner and calls to people to rally a village to deal with the aftermath of a deadly strike by Japanese war planes.

In the examples of both these ladies we see the use of words which imposed something over the audience.

Asserting authority and using words enabled both of these godly women to bring about a positive change.  Yet what they were doing involved imposing their will onto others, by their resolute demeanour and their commanding words.

People in uniforms or with official positions, using their fancy words on fancy paper, or shouting their commands with an air of authority, can quickly herd people into the responses those people impose.  Yet, like the cloth sent by Mary Slessor, the documents and apparent significance can be completely fictional and of no real substance.

You are already under the control of others who have used nothing more than assertion and words to impose their will onto you.

Some of those may have the right to speak.  They may have true “jurisdiction”.  But others may have assumed and asserted control that they do not have.

The purpose of this series is to explore the impact of other people’s words over you and the control they assert, so you can make your own decision about how you respond.