Following my recent series of posts on Words that Control Us I am now extending the concept to the matter of synthetic reality.

A set of words can invoke a sense of reality in our minds and even bind us as surely as if we were in chains of iron.  Yet that reality is synthetic.  It is synthesised from something other than reality and takes on tangible form in our thinking.

Consider Titles of Office.  One person is called a manager and another is called a janitor.  But they were both born naked and will take nothing out of this world.  The titles describe their responsibilities, but those titles also convey as sense of status and importance, and even a sense of the worthiness of the bearer.

Consider artificial persons.  A corporation is only a piece of paper with a name on it.  If no living man or woman turned up to sell or invest their energy into the corporation it would be powerless.  Yet many of us think of corporations as more powerful than the whole community put together.

Imagine having to fight a global, multi-national corporation, or the World Bank, or whatever.  The thought is a disturbing one, because we think of that entity as having great power.  But the entity is actually a fiction.  It is something that was made up in someone’s mind and then put on a piece of paper.  If all the employees went home it would lie dormant.

Ps Chris Ong recently prompted my cogitations along these lines in a sermon about how people get carried away with pure fantasy.  People immerse themselves in books, movies, games, virtual realities and fanciful ideas with great zeal these days. 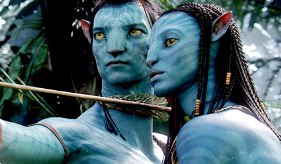 Yet the fantasy world was simply made up in the mind of a writer who created mental images that delight us.  There is no true substance or worth in the fantasy world, except to distract and entertain.

Think of such popular fictional realities as Narnia, Helms Deep and the Shire, made popular by recent movies of people’s fictional writings.  Or consider the new world of blue avatars that has now become part of western mythology.

I am not a consumer of commercial television and so I was interested to see some recent television commercials in which absolutely fantastic worlds or animated (but real looking) transformations take place.  It seems that the world has become addicted to the super-real, “nothing like this has been seen before” imagery.

However, while synthetic reality has become ubiquitous today, people who know how to encounter and deal with the “real” world are possibly fewer, as people become distracted with the worlds of fantasy.

A top gamer, or one who reads commentaries on the commentaries of someone else’s imaginary world, or one who escapes to the false worlds created in books and movies, cannot build their real world experience on such things.

Synthetic reality is not new.  Notions of a hero, alter ego identity through which people have vicarious experiences (movie stars, sports heroes, rich and famous) is not new.  Identification with a sports team, star personality, powerful corporate entity, etc gives people a sense of vicarious virtue that is synthetic.

The Illusion of Image

And consider the world’s addiction to “image”.  Image is also a synthetic reality.  The notion is that by improving the image, by style, fashion, plastic surgery, attitude, etc, one can change the reality of who they are.

The statement was made of American Christians that they have as many problems as Christians in any other place, but have learned to slick up their image.  That improved image, of personal presentation, body language, power dressing, etc, masks insecurities, shame, fear, guilt, pride, emptiness, etc, that may be more apparent in other, less dressed up cultures.  But the reality is not different, despite the synthetic reality being projected.

Illusions in the mind can be vain imagination, and that can all be a “stronghold” in the mind that is a high thing exalting itself against God and truth.  It can also be a lie that seduces and entraps you with imaginary chains that work as powerfully as real ones.

Illusions of grandeur, fantasies about who and what you are, escape from reality, retreat from real interaction through escapist preoccupations, day dreaming, prejudicial labelling, preconceived notions of what is and what can be, fascination with image, addiction to worldly values, these are all elements of a vain imagination.

The Apostle Paul identified the root of this problem two thousand years ago.  The problem is in the mind, but it’s not merely a mental problem.  Thoughts in our head take on spiritual power that enslaves us.

Paul advised that we need spiritual weapons, not human techniques, to pull down “strongholds” in our mind.  We know the strongholds are in our mind because Paul then lists three descriptions of what makes up the strongholds, and the list includes “imaginations” and “thought”.

“For though we walk in the flesh, we do not war after the flesh:  (For the weapons of our warfare are not carnal, but mighty through God to the pulling down of strong holds😉  Casting down imaginations, and every high thing that exalts itself against the knowledge of God, and bringing into captivity every thought to the obedience of Christ” 2Corinthians 10:3-5

Those who preach metaphysics suggest that natural man has the power to change his thoughts and thus change their life.  They even base this claim on the Bible, quoting such verses as “as a man thinks so is he”.

But don’t be deceived by the Mind Worship delusions.  They are a vain imagination.

Look again at what Paul said.  The weapons we need to deal with the issues in our mind are not “carnal”.  That means they are not of flesh and blood.  You are not capable of breaking the strongholds in your mind by natural means, including by trying to guide your thoughts.

You need supernatural weapons to pull down those strongholds, and destroy those imaginations and thoughts that exalt themselves against the knowledge of God.

And remember the words of Christ when He said, “Who by taking thought can add one inch to his height?”

“Which of you by taking thought can add one cubit to his stature?” Matthew 6:27

Don’t fall into mind worship of give your life to chanting mantras about how you are getting better and better every day.  That stuff is fleshly.  It is “carnal”.  And carnal weapons don’t work on strongholds in the mind.

One of the spiritual weapons at our disposal is Truth.  Truth sets people free.

“And you will know the truth, and the truth will make you free.” John 8:32

Now, once again, don’t be fooled by people who say that if you read their book you will know the truth.  Truth is not just some supposedly factual information.  Truth is a person.  Jesus Christ identified Himself by the name “Truth”.

When you allow the truth of God’s Word and the truth about who Jesus is, as revealed in the first four books of the New Testament (the Gospels), you will be releasing the power of truth into your life to pull down strongholds in your mind.

In the first Matrix movie we see a chap named Neo learn how to live outside the illusions forced upon his mind by others.  Christians immediately saw in that story an allegory for the freedom we have in Christ to be able to live free from the lies of Satan, the deceptions of the world and the deceitfulness of sin.

And we see that allegory also hinted at in Alice in Wonderland, where Alice rejects the beliefs and impositions of Wonderland and will not let them dictate who and what she is.

The Bible puts it as resisting the devil.

“Submit yourselves therefore to God. Resist the devil, and he will flee from you.” James 4:7

Who is dictating your reality?  Do you choose to believe whatever you think best indulges your self will?  Or do others force a perception of the world and how you fit into it onto your life?

Have you been deceived?  If you were deceived how would you even know?  Have you ever been set free from a wrong idea?  If not how do you know how to discern truth from lie?

Are the labels used to identify you accurate or are they chains to tie you down?

What does God say about you?  His Word is truth and what the Bible says about you is something you really should pay attention to.

Are you living in vain imagination?  Have fantasy thoughts seduced you and drawn you away from living in the real world where you can actually achieve real benefit as God created you to?

You may not have thought about these issues before, so get onto it right now!