We have seen that words have impact upon us and we can respond to attempts to gain control over us by various means.

Before we finish with this subject we need to consider how words impact us and what that might mean for us as we seek to remain free from their grip.  We can deflect people’s attempts to control us, but sometimes words invade our heart and mind with pervasive power that we cannot easily shrug off. 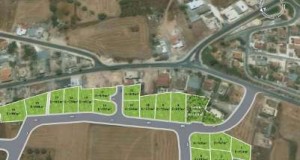 If you have used a map program on your computer you know that you can click on and off various overlays.  For instance, you can have the map as a satellite image, with no roads, towns, borders or the like marked.  That, at the click of a key, an overlay of street names, town names, borders and boundaries and such like can instantly appear, superimposed over the image.

Now consider the significance of that for a moment.  The names and boundaries are not part of the natural landscape.  Whatever name you give to a road it is much like all the others in its vicinity.  The name is only a descriptor, not a component of the natural environment.

Some roads are called such things as “the mountain road” and everyone knows why.  Similarly the low road, the back road, the river crossing, and so on, have a natural element to their name.  But in London stretches of road will famously change name every kilometre or so, completely confusing anyone who does not know their way around.

The name or a road or town is an “overlay”.  And so too is the border between one county or nation and the next.  They are the product of words that impose a mental projection over the natural environment.

Whether you like it or not your whole existence is under siege by overlays.  The name your parents gave you, like the expectations of those around you, has been embraced into your life without natural reality.  And to show the point, consider how many people live with a pet name which is unrelated to their given name.  Which name is the right one?  Both are a projection over the natural life.

Impressions people have of you, including their prejudices for or against you, have profound impact on you.  Yet they are an overlay.  You were not born to be oppressed or limited by someone else’s opinion of you, nor to be chained by their words.  Yet many people end up imprisoned by the words of others.

I know of multiple examples of people whose lives were driven by a need to prove their intelligence, talent or significance, because at an early time they were sneered at because of a perceived limitation.  The urge to “prove yourself” is widely felt, and it speaks of the fact that an “overlay” has been imposed upon you which you are trying to shrug off.

God, as Creator and Lord of all, has the authority to describe and prescribe things.  The Bible gives insight into the various labels which God accepts, such as righteous and wicked, wise and fool, good and evil.

So some labels, or words used to describe us, are true descriptions.  Young, old, male, female, tall and short are descriptors.  But some of these worthy descriptions are open to change, such as from skinny to fat, young to old, brunette to grey haired, and so on.

God can even bring such transformation that a person who is cursed becomes one who is blessed.  A sinner can become a saint.  And, sadly, a righteous person can become wicked.

But, apart from those worthy descriptions which label the truth about us, at least in our present state, there are many “descriptions” which are impositions in themselves.

A Christian minister described his attempts to assist a woman who struggled with self acceptance.  In one discussion with her she blurted out that she was “Fat and Ugly!”

The minister and his wife were shocked by the outburst, as the woman was slim and attractive.  So they investigated why she held such an opinion.  She explained that as a teenager she lived with an aunt who did not like her and with whom she argued.  On one memorable occasion the aunt became angry and screamed at the girl that she was fat and ugly.  The words not only stung, but became a permanent overlay in the woman’s life.

If you have been stigmatised by words, or felt limited by the descriptions injected into your life by others, then you know how words can become an overlay in your life.

While we think of a place, street or town in terms of the words we have learned to describe it, others, unaffected by the imposition, could come up with completely different ideas.  Your notions about things are often only an overlay.

What people in Melbourne think is hot weather is considered mild by people living in the north of Australia.  And what seems like heavy traffic to people in a country town is nothing to the intensity experienced in many cities around the world.  The individual perception is a personal overlay.

The suburb that some people think of as “home” is regarded by others as “the slums”.  What some think of as their big house is thought by others to be too small for their liking.

Since words are labels and those labels invade our thinking and become an overlay over our perceptions, relabelling things can be a powerful way to create a new overlay that invades people’s minds and changes perceptions.

Marketing companies do their best to put a good label and a positive spin on their product.  They want to associate their product with words that will invade the minds of the public with positive sentiment.

The arrival of refugees who don’t speak our language and who have strange customs could be labelled as an invasion and offensive against our identity, or an expression of our love and care for those in need.  The label is an overlay that impacts how we respond to the situation.

If you are created by God as a sovereign being, then how many overlays should you allow to entangle your freedom and rob you of the life God gave you?  If you are created equal to all others, how should your respond to labels that deny your equality?

When others impose labels over you that trap you into their claims upon you, denying you the natural life and freedom God gave you at birth, what should you do about it?

You may not be able to change other people’s perceptions, but you can certainly come to your own internal place of resolution about what labels and overlays you will accept upon your life.

Having grazed widely through the subject of words that control us, the next thing to consider is how to be tuned in to the impact of words.

If we are attentive to the impositions, overlays and controls implicit in the words, labels, assertions and other expressions of those around us, including officials, governments, friends and society, we can hopefully assess and deflect those impositions.  We can even move into greater exploration of who we are.  So that is the topic of our next lesson.