Effective Parenting requires that you use the right ingredients. If something is missing then the recipe will not turn out right. Many parents lament they have not been as effective as they hoped and wanted to be. If you are in that category I trust this look at the Missing Ingredients proves helpful.

Some years ago we bought a bread-maker and made many successful loaves. We finally gave up, probably because the yummy bread was eaten in no time and bread making became a bit of a burden.

One memorable loaf which we baked overnight really disappointed us in the morning. The aroma of the hot grain could be smelled as usual, but when we opened the machine and looked inside there was simply a pile of dry ingredients in the base of the tin.

We forgot to add water. So the machine went through the whole process of mixing and heating and so on, but to no avail. A vital ingredient was missing and the machine just could not produce the usual delicious loaf.

We never forgot the water again. 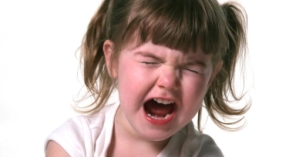 In the same way parents can leave out something very important to the life of their child. If they do then some or all of the effort they put in will be wasted. If the recipe is incomplete then what is created won’t be what is expected.

That’s how many parents find it. What they get from their child is different to what they expected. So this lesson points you to two Biblical ingredients which every parent needs to put into the life of their child.

People have different opinions about discipline and child training. Some are brainwashed to be negative about any form of punishment. Others believe if you spare the rod you spoil the child. Some believe that by being kind and patient the youngster will turn out right in the end.

Whatever your preferred ideas I want you to be Biblical first of all. Man’s ideas seem right but lead to destruction. We must put our own ideas aside and pay close attention to what the Bible teaches, since it is God’s Word to us.

So notice the Bible’s joint emphasis on two key ingredients: rod and reproof. 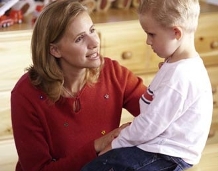 Before we look at “rod and reproof” please notice that they both represent giving special attention to the child. The opposite of those things is to have a child who is “left to himself”.

So it is important for parents, both dad and mum, to share life with the child and to give the child attention. If the child is left to himself or herself and allowed to do as he or she pleases without guidance and correction, the result will be shameful.

Children are not designed to find their own way and to determine what is right or best for them. They are designed to be guided, corrected, brought to account, instructed and led into the right things. That’s the role of parents.

So please give good, Biblical attention to your child, and especially give them both the rod and reproof.

The Bible teaches that children are blessed when they are punished for their wrong behaviour. Godly punishment involves physical pain, such as a smack on the bottom. It teaches the child but it also enables the child to feel whole and resolved on the inside.

By being punished when they know they have done wrong a child achieves the lovely sense of being made right. They feel absolved and don’t live with unresolved guilt or fear of being found out.

Therefore the use of physical punishment is for the good of the child. If a parent smacks their child out of anger or to vent the parent’s frustration then the action ceases to be godly discipline and becomes self-serving and abusive.

The Rod does not work so well on its own. The Bible tells us that the Rod and Reproof work in tandem to create wisdom in a child.

Reproof involves speaking to the child and speaking into the child’s life. It involves explanation, instruction, correction, godly counsel, affirmation and direction for future behaviour.

When reproof is employed along with use of the rod the results are far better than if either one is used on its own.

To help those who may not find the right words easily, here is an example of a reproof that could be given to a naughty child.

“You know what you did is wrong, don’t you? You disobeyed mummy and that’s a bad thing to do. God wants you to always do what mummy tells you to do. Now, you are a very special good boy that God gave to us so we can train you to be a mighty man for God. That’s why it is so important that we smack you when you do wrong things, so you will learn to do what God wants and you’ll become the man that God wants you to be.”

Effective parents know that they have to deal with things as they come up. They can’t neglect the child’s training. They also know the child needs their love and affirmation and that firm discipline is an expression of love to the child. They also know a child is unsettled and agitated if they cannot resolve wrongs in their heart. Godly discipline clears away the messy feelings they carry around with them when they have done wrong.

Clear explanation, loving affirmation and practical engagement in the right behaviours, such as saying “Sorry”, lead the child to put godly character and good behaviour into their lives.

Being clear about the punishment, why it is given and how it will be increased in the future if correct behaviour is not evident, helps the child feel secure and clear about what to expect.

I hope that helps you refine something of what you do to bless your children.

I’m starting a series of posts which I am titling “Little One”. They are attempts to put in words the thinking that goes with effective parenting. People absorb things by many and varied means and so I need to find diverse ways to help parents get an effective grip on their life calling.

Little One is going to be a series of talks to a child. The intention (which we will see if I can fulfil) is to put in words what a good parent would wish to say to their child. You may even wish to say some of these things once you have read them. Or you may simply find that these little pep-talks prompt you to think through some of the issues involved. However you find them helpful they are my gift to you, as an encouragement and assistance to greater effectiveness.

Your feedback on how these are going or could be improved will be appreciated. If there are situations you would like to see addressed in this format then please drop me a line and make your suggestions.

Come to me my Little One
And take some time out from your fun.
Let me hold you very near
And tell you “you are very dear”.
Listen as I make things plain
And talk of happiness and pain
So you can see what God has done
And you can be His Little One.
Chris Field July 2008