Following my article “Cracks in the Public World” I point now to several cracks in the public world that we know of as Australia.

Recognising and challenging these cracks is important for those who are being attacked by wrongful use of authority or by the unlawful intrusion of the public world into the private lives of people.

I write these thoughts to assist the many Aussies who have contacted me regarding abuse they are suffering at the hands of the courts and corporations in Australia, often in connection with bank lending.

Anyone claiming the right to exercise authority over you must be able to certify their authority.  So a basic question for anyone doing anything is “By what authority are you acting?”

Authority issues are usually much more complex than we might initially think.  But they are vital nonetheless.  Just because someone “claims” to have does not mean they truly have that authority.  A suit and badge do not assure authority.  A title does not prove authority.

And authority can be conferred by one person to another, when they do not have the right to transfer that authority.  So sorting out the issues of authority, or jurisdiction, is important.

In courts, the moment jurisdiction is challenged it must be clarified and certified.  While this fact is not always followed (as I found when I challenged jurisdiction before Associate Justice Nemeer Mukhtar in the Supreme Court of Victoria in 2010 and he denied my challenge), it is a matter of law that jurisdiction, or the authority employed by those asserting to have it, must be validated.

White Australians trace their claim over Australia back to Captain Arthur Phillip, who raised the British flag at Sydney Cove in Sydney Harbour back in 1788, claiming Australia for England.

However that original claim is subject to some doubt.

A limitation on making that claim was that land could only be claimed if no previous claim existed.  The principle of Terra Nullis applies.  Yet England was advised that the natives around Sydney did have a system of recognising land ownership or rights.  So Australia did not truly qualify as terra nullis.

Then we have the problem which Mark McMurtrie points out about the Crown being refused permission to claim any lands in the Pacific, which is where Australia is located.

Is the original claim on behalf of England a lawful claim?  There are serious questions about that.  That suggests some serious cracks in the public world of Australia. 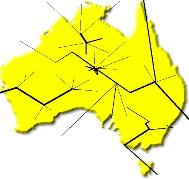 Whitlam and the 1973 Styles Act

In 1973 Prime Minister Gough Whitlam foisted on Australians the Royal Styles & Titles Act 1973 (Cth) which cleverly undermined the Australian Constitution by unlawfully replacing the lawful elements of our existence as a Commonwealth with a set of token elements that have no lawful basis.

Those entities cannot be changed without the majority of Aussies in all states agreeing to make changes.  Yet Mr Whitlam unlawfully replaced those things with Australia, the Queen of Australia, the Parliament of Australia and the Governor General of Australia.

While those new names sound fine, they have no lawful authority.  And by that switcheroo (substituting an unlawful non-entity for the real Commonwealth of Australia) a de-facto, illegal corporate reality has stolen Australia from us Aussies.

For more on this check out my summary at Your Stolen Wealth Exposed, http://chrisfieldblog.com/2011/05/07/stolen-wealth

The abduction of our Constitution and the imposition of unlawful corporations is a gaping crack in the public world of Australia.

In 1986 Prime Minister Bob Hawke presided over another shock wave through the public world of Australia, known as the Australia Act.

While the full implications have never been tested in court, and most politicians are unwilling to go anywhere near explaining the true implications of this act, it is quite reasonable to argue that everything in Australia which springs from any State or Territory government is null and void.

That means the corporations registered in any state and the orders of any state court, as well as the state officials and registration of all lawyers are without lawful authority.

Thus the Australia Act has created some gaping cracks in the public world of Australia.

A further problem is that supposed authority has been given to parts of the Australian government system without lawful right.  So our local councils now act as if they have the right to tax people, through rate charges, and to regulate people’s activity, when the Australian Constitution and the Australian public have denied those rights to councils.

So here we have an example of authority exceeded.  And the same is true for police giving you an on the spot fine.  That is unlawful.  And the traffic courts in Australia provide fines in abuse of the correct judicial processes defined in the Constitution.

These various processes are ultra-vires (outside of true authority) and they are gaping cracks in the public world of Australia.

When you and I try to challenge some of these aberrations and cracks in the public world we come up against courts and politicians intent on maintaining these unlawful processes.  Thus we have treason going on.  And various parties are agreeing to work together to maintain and protect the things that are wrong.

Note that the negative impact of the 1973 Royal Styles & Titles Act has never been corrected, by politicians of any persuasion.  Courts act as if all is perfectly fine.  Our current Governor General and Prime Minister were not sworn in by the lawful oaths, and so they are not even holding true office.  Yet no one with power do anything about it seems to care.

And note that the implications of the Australia Act 1986 have not been properly investigated or the Australian public asked to pass new laws to clarify how we want our nation to operate.

Instead it is as if those in power, the “powers that be”, want us to give them freedom to do as they please, no matter how far it is from lawful authority.

In view of what is going on in Australia, allow me to repeat what I advised at the end of the previous post on this topic, “Cracks in the Public World”.

It is an absolute must that you keep the public world to its own limits.  Otherwise the system will abuse you.